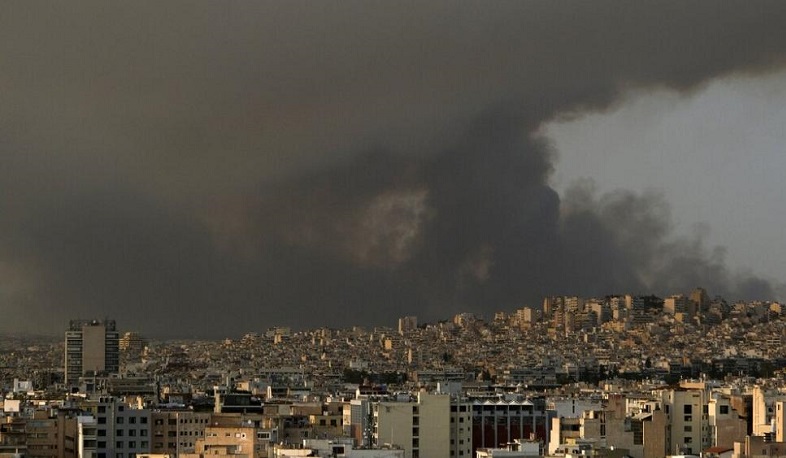 Thousands of people fled their homes north of Athens on Tuesday as a wildfire reached residential areas, Euronews reports.

It comes just a day after Prime Minister Kyriakos Mitsotakis said Greece is currently in the midst of its "worst heatwave" in more than 30 years.

The blaze sent a huge cloud of smoke over Athens and prompted multiple evacuations near Tatoi, 20 kilometers to the north. Residents left their homes in cars and on motorcycles, heading toward the capital amid a blanket of smoke.

“It is a large fire and it will take a lot of work to get this under control,” greater Athens regional governor George Patoulis told state-run ERT television. “The foliage is very dense in these areas and it is very dried out due to the heatwave, so the conditions are difficult.”

Wildfires also raged in other parts of Greece, prompting evacuations in a coastal area of the southern Peloponnese region as well as on the islands of Evia and Kos, authorities said.

Mitsotakis said on Monday that the country is "facing the worst heatwave since 1987... [causing] a burden on the electricity network." The 1987 heatwave killed more than 1,100 people.

Temperatures reached 45°C in some regions on Monday with the heatwave expected to peak early this week.

"We are in a phase of absolute climatic deregulation", he also said on public television ERT, specifying that "in the last 48 hours, we have had 116 fires" in Greece.