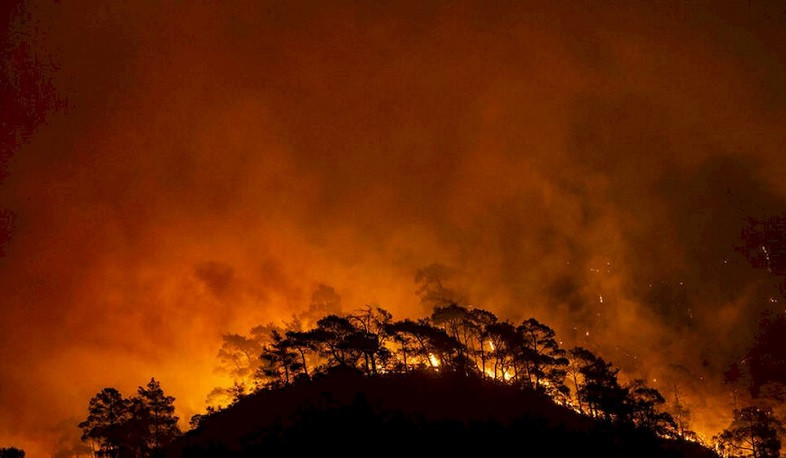 The European Union has sent three firefighting planes to Turkey as the country continues to battle blazes that have claimed the lives of at least eight people, Euronews reports.

Three Canadairs from Croatia and Spain were mobilized on Sunday after Ankara activated the European Union's Civil Protection mechanism over the wildfire in the south of the country.

The fires in Turkey began on Wednesday and now threaten the cities of Antalya, Bodrum and Marmaris, where hundreds of tourists and residents were evacuated from their hotels and homes on Sunday.

More than 1,100 people were evacuated by boat, Bodrum Mayor Ahmet Aras said on Sunday, as roads were not usable.

Eight people have been killed by the fires and a total of 10,000 have been evacuated in Mugla province alone.

In all, 129 fires that broke out in over 30 provinces have been extinguished. More than 4,000 firefighters have been deployed on the grounds.

"We are experiencing days with temperatures above 40°C and very strong winds," Turkish Agriculture Minister Bekir Pakdemirli told a news conference in Milas, one of the towns affected by the fires, on Monday.

Turkey is suffering the worst fires in at least a decade, according to official data, with nearly 95,000 hectares burned so far in 2021, compared with an average of 13,516 hectares at this stage of the year between 2008 and 2020.

President Recep Tayyip Erdogan and his government have been widely criticized since it emerged that the country does not have any water-bombing aircraft needed to control fires in mountainous areas.

The main opposition Republican People's Party (CHP) has also criticized the Turkish President for dismantling the infrastructure of a semi-public organization, which in the past owned water bombers and was in charge of firefighting.