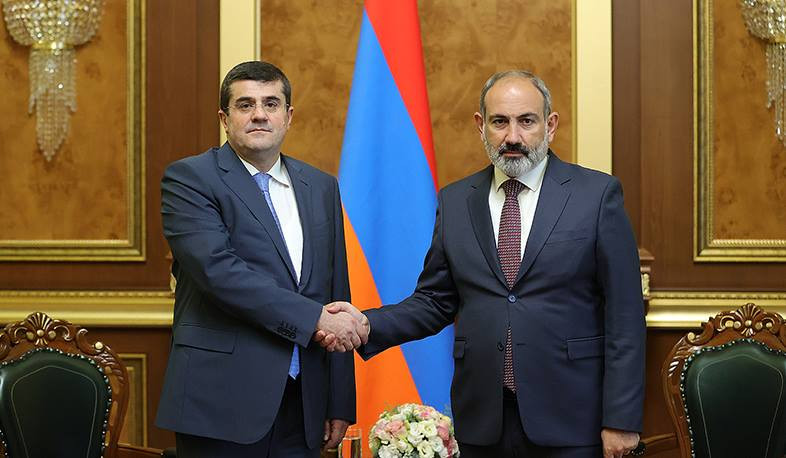 I am convinced that Armenian authorities will continue to work for international recognition of Artsakh: Arayik Harutyunyan to Nikol Pashinyan

President of Artsakh (Nagorno-Karabakh) Arayik Harutyunyan sent a congratulatory message to Nikol Pashinyan on being appointed Prime Minister of Armenia.

You are assuming the office of Prime Minister of Armenia in a period that is crucial for Armenia and Artsakh. Armenian statehood is facing major challenges that we can overcome through unity.

The new Government of Armenia has a lot of work to do to strengthen the positions in terms of security and foreign policy and ensure political and economic stability.

I am certain that the Government of Armenia will succeed in increasing the role and reputation of Armenia in international relations and will continue to work consistently and effectively to protect the rights of the Armenians of Artsakh, eliminate the consequences of the war and for international recognition of the Republic of Artsakh, further deepening the relations between the two Armenian republics.

I wish you success in overcoming the mentioned and other major challenges as Prime Minister of Armenia and with dignity.”