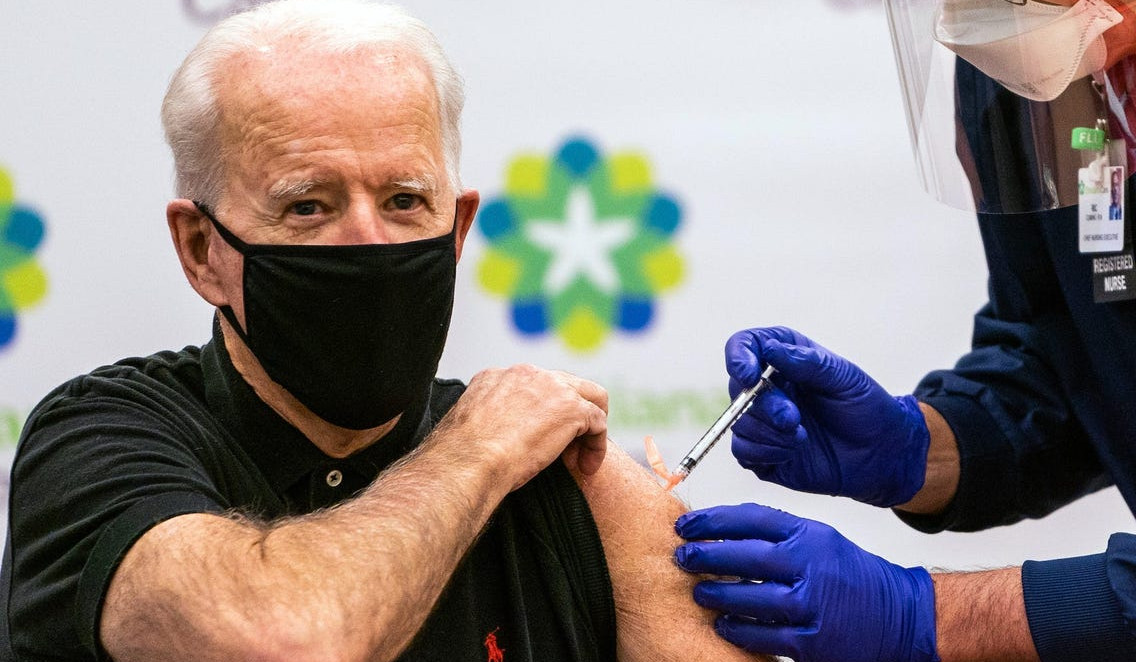 Federal workers will be required to prove their coronavirus vaccination status or submit to a series of rigorous safety protocols, President Joe Biden announced Thursday as his administration prepares for an expected surge in infections, CNBC reports.
Biden also detailed a number of other steps aimed at persuading more people to get inoculated for Covid — including calling on state and local governments to give out $100 prizes to those who get their shots.
The president unveiled the new measures in an impassioned speech that made a direct appeal to those who are still wary of the vaccines.
“This is an American tragedy. People are dying, and will die, who don’t have to die,” Biden said in the East Room of the White House.
“This is not about red states and blue states. It’s literally about life and death,” he said. “With freedom comes responsibility. Your decision to be unvaccinated impacts someone else.”
The new rules and perks come as officials at all levels of government struggle to bolster Covid vaccination rates that have flattened out in recent weeks, even as the highly transmissible delta variant spreads nationwide.
Views 6