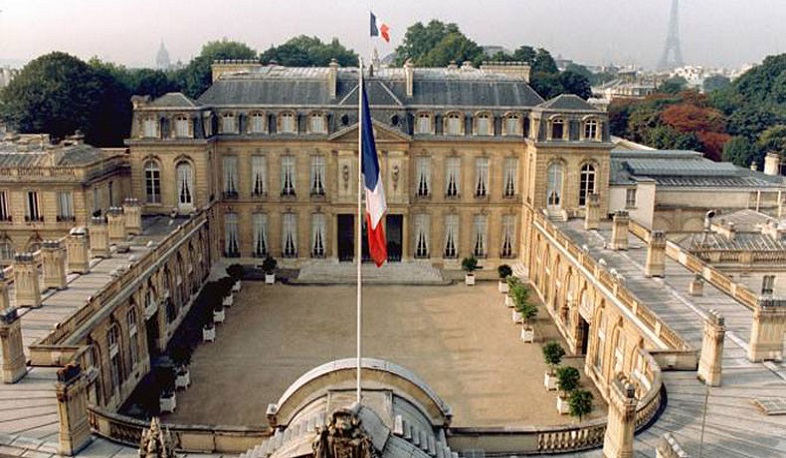 The Élysée Palace responded to the Pashinyan-Macron conversation

The Élysée Palace has issued a statement over the conversation between Acting Prime Minister of Armenia Nikol Pashinyan and President of France Emmanuel Macron, saying that for the restoration of stability and security in the region, the situation can be solved through the UN Security Council.

The Élysée Palace particularly emphasized, ''Emmanuel Macron reaffirmed France's commitment to the territorial integrity of the Republic of Armenia and emphasized the urgent necessity to withdraw the Azerbaijani armed forces from the sovereign territory of Armenia.”

Pashinyan had a telephone conversation with Macron earlier on Macron’s initiative. The leaders of Armenia and France discussed the situation created by the Azerbaijani armed forces in the Syunik province after the invasion of the sovereign territory of Armenia and the steps to resolve it.