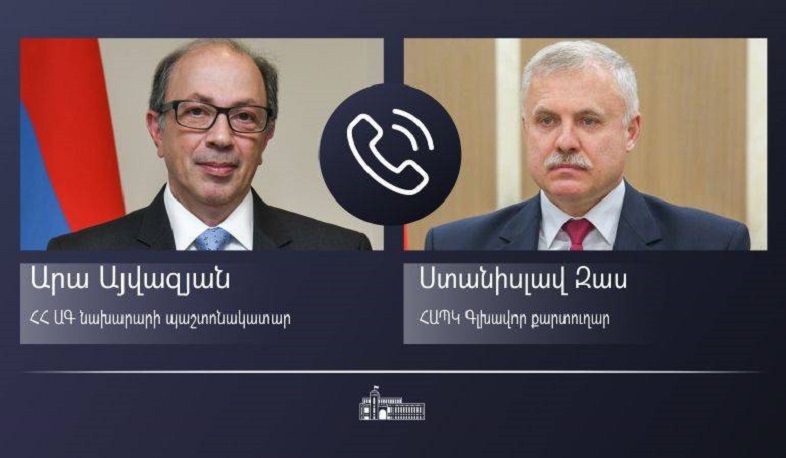 On May 13, Acting Minister of Foreign Affairs of the Republic of Armenia Ara Aivazian had a telephone conversation with CSTO Secretary General Stanislav Zas.

Aivazian briefed Secretary-General Zas on the situation following the recent incident on the Armenian state border on May 12. Armenian Acting Foreign Minister considered inadmissible the attempt of Azerbaijan to encroach on the sovereign territory of the CSTO member Republic of Armenia, noting that it is also a serious threat to regional security and stability.

The interlocutors spoke about the application of the provisions of the Collective Security Treaty and the tools provided by the CSTO Charter in such situations, the Armenia’s Foreign Ministry informs.