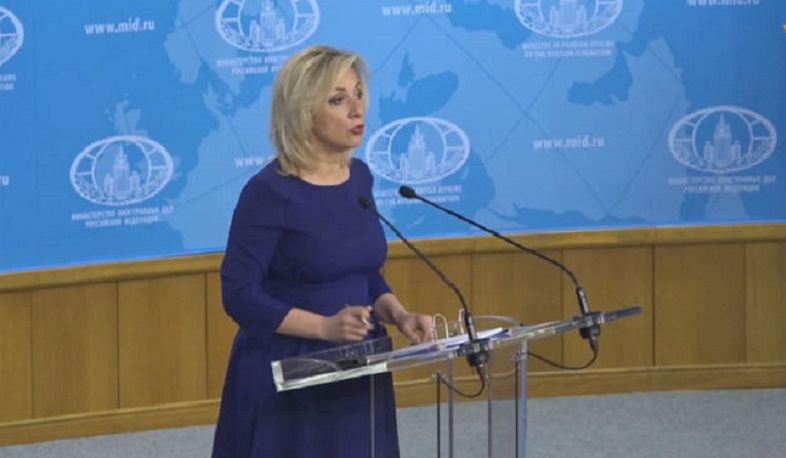 “Despite the Russian-brokered ceasefire, Azerbaijan continues to hold captive not only the military but also civilians, particularly the elderly Aftandilyan couple. They were captured on their way back to Artsakh (Nagorno-Karabakh),” the first question was asked.

The second question was about the recently opened ‘park’ in Baku. How does the Russian Foreign Ministry assess these actions, and how will they affect the peace process?

“Russia is making mediation efforts between Yerevan and Baku to eliminate the most acute irritating circumstance. We are in favor of resolving the issue of prisoners of war (POWs) on an ‘all for all’ format. This step will create a favorable environment for the settlement of a number of issues.

As for the ‘park’, we believe that Baku and Yerevan will seek steps to normalize relations, not to create new dividing lines. It is a fact that huge human life price has been paid for it. From now on also tragic and at the same time hopeful for the future, should be used for peaceful purposes, not to aggravate the situation. Yes, it is very difficult, especially after the military actions, it is difficult to overcome, also psychologically.

Many do not agree with the results, some want a revenge, some - a continuation, but is that the goal? Will the creation of such problems contribute to the settlement and establishment of peace? In this case, the most important issue is the strengthening of trust in the relations between Armenia and Azerbaijan, the formation of a positive economic agenda, which will be able to provide conditions for sustainable development prospects in the Caucasus. It is in the interests of all our partners in the region,” Maria Zakharova stated.