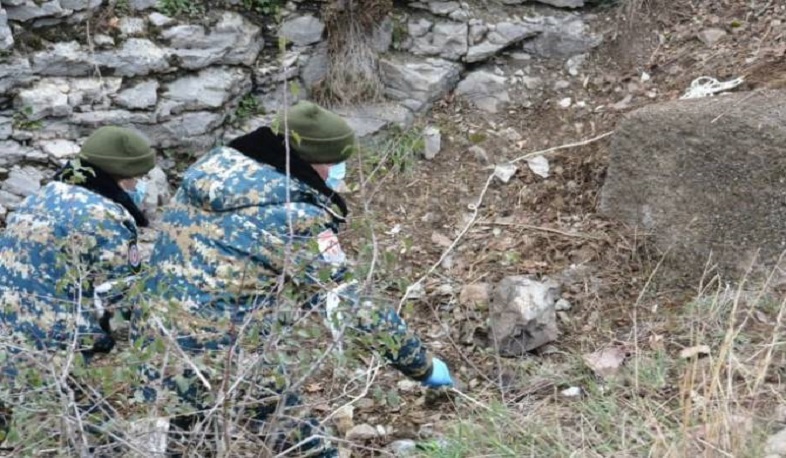 Today, the rescuers of the State Emergency Service of Artsakh with one detachment continued the search of the bodies of servicemen killed or missing during the battles in Hadrut region, fallen under Azerbaijani control.

Since November 13, 2020, the operative groups of the Artsakh Emergency Situations Service have been searching for the bodies of dead in areas beyond the control of Artsakh (Nagorno-Karabakh), in rural and urban communities, military positions, mountains and forests.

The total number of bodies found after ceasefire is 1544, 27 of which, according to preliminary data, civilians.