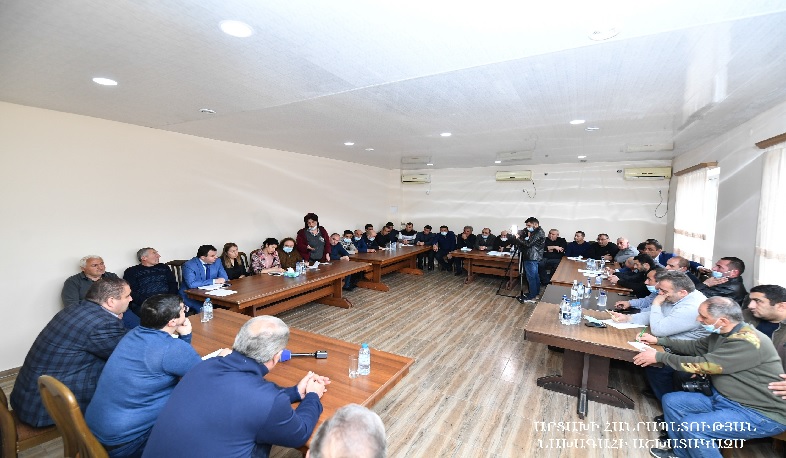 On March 26, President of the Artsakh Republic Arayik Harutyunyan met with the leaders and residents of a number of communities in Hadrut and Kashatagh regions occupied by Azerbaijan.
The housing problems of the citizens left homeless after the recent war, as well as a number of other social issues were discussed.
Harutyunyan stated that all efforts are taken to settle the urgent social problems of the displaced citizens as soon as possible. In this context, he noted that recently an agreement has been reached with the Armenian Government, according to which the works aimed at compensating the citizens’ real estate and movable property losses during the war will start soon.
During the meeting, domestic and external challenges, security issues and guarantees were also discussed. The President stressed that the political way of restoring the territorial integrity of the Republic of Artsakh is one of the key issues on the Artsakh authorities’ agenda.
Views 62