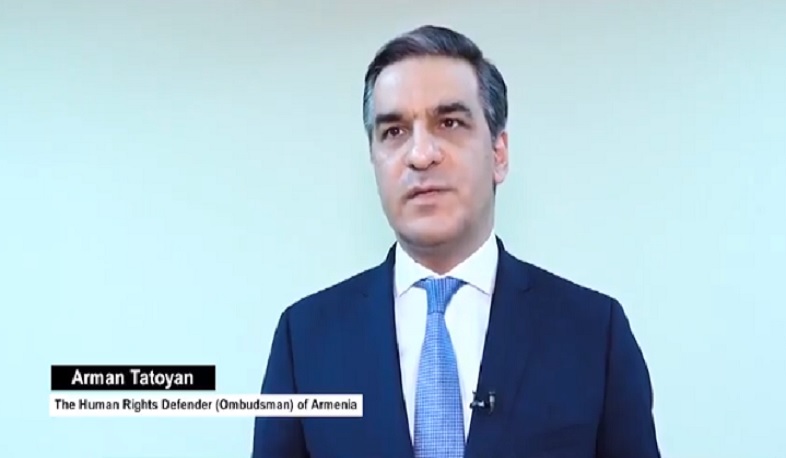 A special video message of the Armenia’s Ombudsman was broadcast at the 46th session of the UN Human Rights Council on March 19. It said during the September-November, 2020 war the Azerbaijani armed forces implemented a policy of ethnic cleansing and genocide.
It was mentioned in the video that an Armenophobia policy exists in Arzerbaijan, encouraged by the Azerbaijani authorities, as well as by the cultural, sports and other public figures of the country.
Human Rights Defender Arman Tatoyan bases all these on objective evidences.
It is stressed in the video that since September 27 the monitoring of both Azerbaijani and Turkish mass media and social networks fixed mass hatred and calls for killings, violence and torture targeting Armenian children, too.
Ethnic crimes against Armenians are encouraged by the Azerbaijani authorities, and this is confirmed by the several judgements of the European Court of Human Rights, Tatoyan noticed.
Views 102