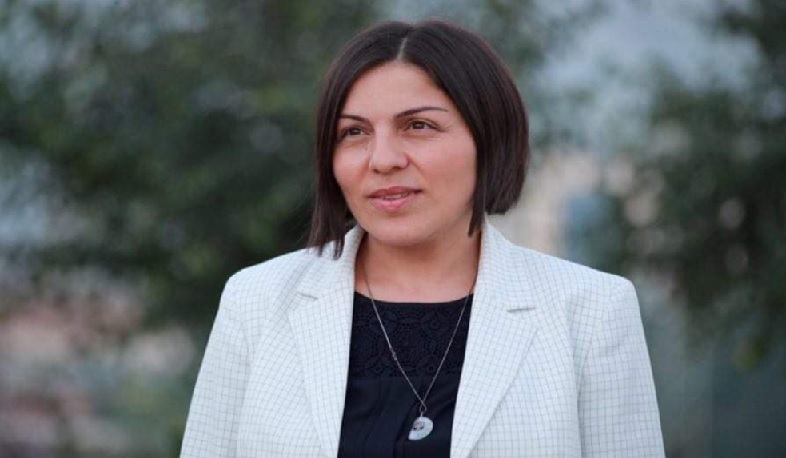 Lusine Gharakhanyan, Minister of Education, Science, Culture and Sports of the Republic of Artsakh (Nagorno-Karabakh) called on all the international organizations concerned with the fate of human civilization.
“Since the Soviet years, the ruthless destruction of Armenian monuments, on the one hand, and the misappropriation, on the other hand, have become a key part of the state policy of the Azerbaijani authorities. There are many facts on how the monuments with Armenian inscriptions, , which clearly indicate that they belong to the Armenian people, such as churches, monasteries and cross stones (khachkars), were ruthlessly destroyed.
At present, on the background of armenophobia in Azerbaijan, the President of that country has given a new quality and process to the policy of Armenian cultural heritage destruction. Only a few months ago, the statements and interviews of the President of Azerbaijan with the international media on the “accidental” destruction of the Ghazanchetsots Church, the instruction on the destruction of Armenian letters from Armenian monuments, reaffirm that the President of Azerbaijan, who speaks of universal values, continues to mislead the international community. The leader of a “civilized” country, and the real policy pursued on the other hand, clearly proves that this country continues to be the enemy of universal civilization.
It is already an obvious fact that the further existence of our historical and cultural heritage is more endangered in the current political situation. Such an attitude deepens the conflict, thwarting the efforts of the mediating countries to resolve it peacefully.
We call on all international organizations concerned with the fate of human civilization to make every effort and to take practical steps to prevent a new cultural genocide in the territory of Artsakh instructed by the President of the Republic of Azerbaijan”.
Views 224