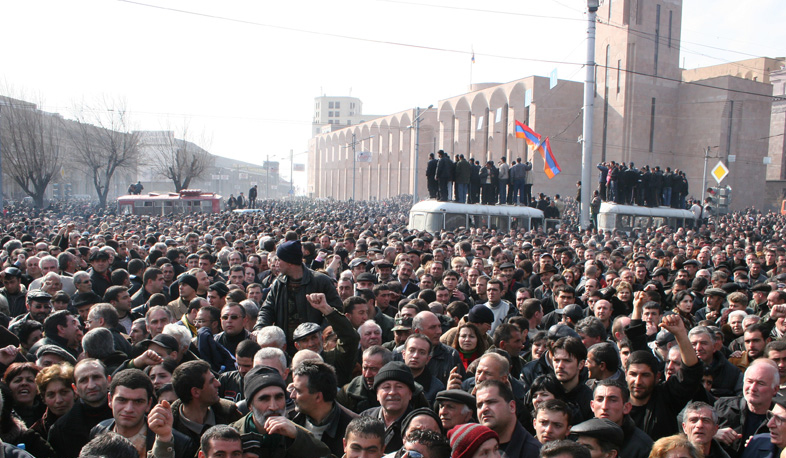 Today is the 13th anniversary of March 1 bloody events

Today is the 13th anniversary of the bloody events of March 1, 2008. After the February 19, 2008 presidential election, citizens held round the clock peaceful rallies, claiming that the elections were falsified and Serzh Sargsyan was not elected as the new President of the Republic of Armenia.
In the morning of March 1, the Police used force against peaceful demonstrators. The protests continued near Myasnikyan's statue in downtown Yerevan.
The Police used “Cheryomukha 7” banned weapons. Ten people, including two police officers, were killed in the center of Yerevan.
Two hundred people received multiple level injuries.
Views 208