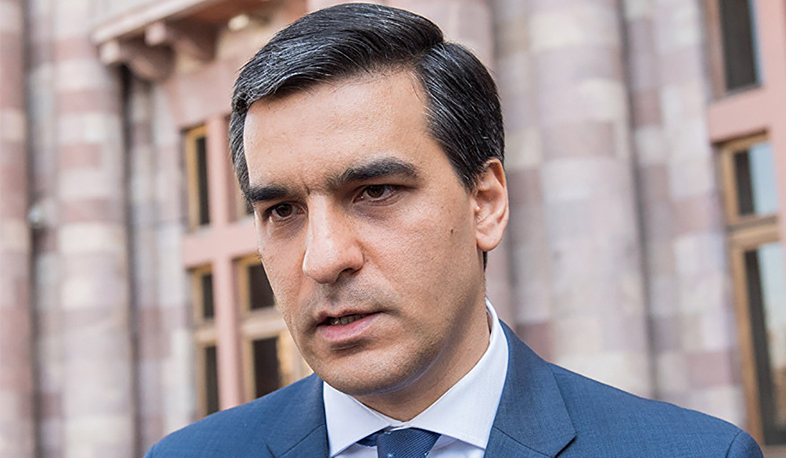 Under no circumstances should extremist developments be allowed to take place. Ombudsman

The RA Ombudsman Arman Tatoyan presented a number of positions on the recent events in the country:

“1. Human rights and freedoms can only be guaranteed in a democracy.

Democracy and human rights are at the heart of the country's security.

2. It is the democratic processes that ensure the barring of intolerance, curbing of tensions, and guarantee the development of events within conditions of solidarity.

Henceforth, under no circumstances should extremist developments be permitted to take place.

3. Therefore, all democratic institutions must be active these days, they must not revert to any passivity or inactivity.

4. Article 2 of the Constitution of our country stipulates that power in the Republic of Armenia belongs to the people.

This is a fundamental legal provision of direct democracy.

5. The same article of the Constitution stipulates that the people exercise their power through free elections, referendums, as well as through state and local self-government bodies, and carried out by officials sanctioned by the Constitution.

This means that the Constitution has declared a representative democracy as a fundamental principle which must be adhered to.

7. In particular, the irreplaceable role of the parliament in difficult and crisis situations should be considered as being a balancing and restraining institution, providing solutions from the arising circumstances.

It is worrying that the sessions initiated by the opposition factions have not been held in parliament for several days now, and the current issues on the agenda are not being discussed. To be clear, the parliament has been invisible to the public.

The passivity of democratic institutions, and foremost the parliament, has a negative impact on the peaceful resolution of the situation in the country.

This forces the development of events beyond democratic institutions, which in turn can increase tensions.

8. The Human Rights Defender's Office is also monitoring recent demonstrations organized by both the government and the opposition.

One of the goals of freedom of peaceful assembly is to provide a platform for public debate and an opportunity to express open grievances, especially if there is a circumstance of public importance which the public deems urgent.

10. We emphasize in particular that ensuring the full and safe exercise of freedom of peaceful assembly is a positive obligation of the state.

11. In spite of all this, the Human Rights Defender's Office recorded unacceptable phenomena — high volume of insults and hate speech. This situation is observed and is even more prevalent on social networks.

This is very worrying, first of all, in the sense that it leads society to polarization, and it foments radicalization of approaches.

12. In particular, insulting and intolerant expressions were recorded during rallies and marches in support of political power, in particular by the participants in demonstrations and rallies directed at those organized by the opposition.

13. The same impermissible phenomena has been noted in the form of the unacceptable vocabulary and actions used by the participants and some speakers or organizers during the rallies and marches of the opposition with an increase of insulting language and heightened intolerance.

14. In this regard, the staged demonstration of the death penalty during a rally on Baghramyan Avenue in Yerevan today is highly reprehensible.

It is most reprehensible that the staging was shown during the mass gathering, especially in conditions when the gathering was broadcast live in the mass media, targeting the general public, including the obvious disregard that it would be widely accessible to be viewed by children as well.

The organizers of the demonstration must keep in mind that such events are clearly associated with violence, and give the impression of condoning and justifying violence (the specific purpose of this statement is not a dissertation on the limits of creative freedom).

15. Therefore, the organizers of the demonstrations, regardless of whether they are organized by the government or the opposition, are obligated to be extremely vigilant, to show restraint, to do everything possible to ensure the peaceful nature of the gathering, and to exclude any form conduct which heightens tensions.

We must keep in mind that the country is already in a difficult post-war period, and our society is, understandably so, very tense emotionally.

16. In our country, all processes must be conducted exclusively in a democratic way, and consistent with that which is provided by the Constitution and the laws of the Republic of Armenia, with conditions of exceptional respect towards human rights, and with solidarity”.