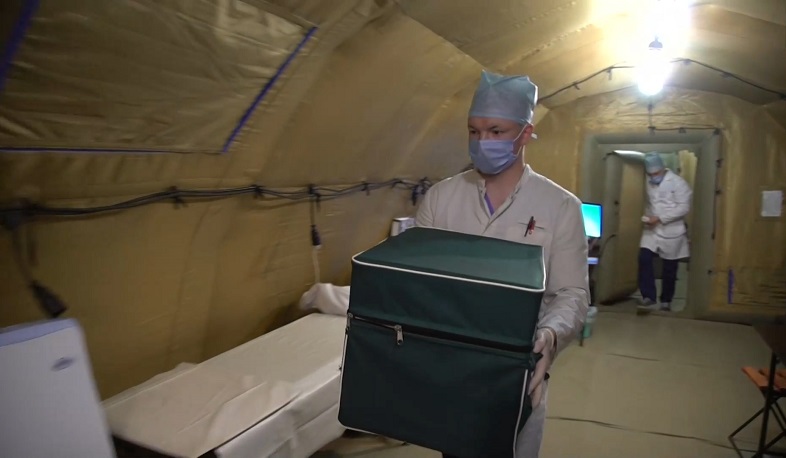 Military medics of the Russian Peacekeeping Contingent (RMK) have completed the vaccination of the RMK personnel in Nagorno-Karabakh with the second component of the Sputnik-V vaccine.

"More than 1,900 Russian servicemen have been vaccinated in accordance with the schedule. The first vaccine against the new coronavirus infection COVID-19 was received by representatives of the command of the Russian peacekeeping contingent, as well as servicemen of medical special forces.

Vaccination was carried out on a voluntary basis both in a deployed mobile field hospital and by mobile medical teams at all observation posts, where the vaccine was delivered in special thermal containers, which ensured its safety during transportation.

A peacekeeping contingent of the Russian Federation is deployed to control the ceasefire and military operations in Nagorno-Karabakh.

The core of the Russian peacekeeping contingent is made up of units of the 15th separate motorized rifle brigade (peacekeeping) of the Central Military District".