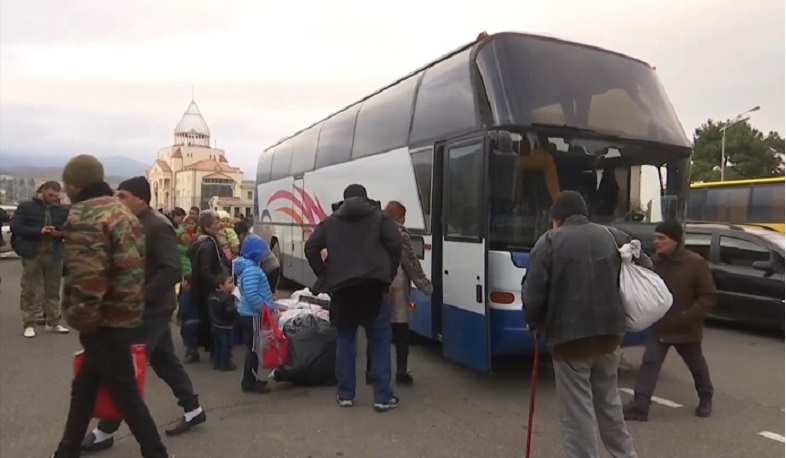 Information bulletin of the Ministry of Defense of the Russian Federation on the activities of the Russian peacekeeping contingent in the zone of the Nagorno-Karabakh conflict (as of February 19, 2021)

“The Russian peacekeeping contingent continues to carry out tasks to monitor the implementation of the agreements reached on a ceasefire and hostilities in Nagorno-Karabakh.

No ceasefire violations have been reported over the past period.

Russian peacekeepers ensure the safe return of refugees to the territory of Nagorno-Karabakh. In total, 52,681 people have returned to date .

From February 16, the safe passage of six automobile convoys of the Azerbaijani Armed Forces has been ensured. Four through the Lachin corridor in the northern direction and back, as well as two columns along the route KADZHAR - RED BAZAR - SHUSHA and in the opposite direction.

The groups of the Humanitarian Response Center, in cooperation with the International Committee of the Red Cross, with the involvement of representatives of the Azerbaijani and Armenian sides, continue to search for and transfer the bodies of the dead servicemen.

Russian engineer-sapper groups are demining the terrain and objects, as well as the destruction of unexploded ordnance. To date, tested in 1398 buildings, about 450 kilometers of roads, cleared more than 1446 hectares of land, found 24,793 explosive objects.

We are located at the Russian military hospital in the area of ​​the city of STEPANAKERT. Where the medical and nursing teams of special purpose medical units continue to vaccinate the personnel of the peacekeeping contingent with the second component of the Russian Sputnik V vaccine. More than 1900 military personnel have been vaccinated to date. The vaccination of the peacekeepers is scheduled to be completed by February 28 this year.

The Russian peacekeeping contingent continues to carry out the tasks of maintaining peace in the region in accordance with the agreements reached earlier”.