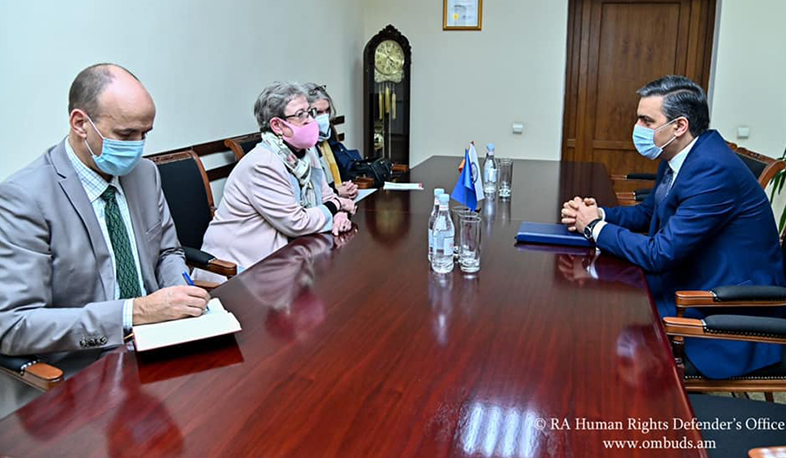 On February 5, the RA Human Rights Defender Arman Tatoyan had a working meeting with the Head of the EU Delegation to Armenia, Ambassador Andrea Victorin. A number of issues were discussed, including the urgency of the return of the Armenian captives held in Azerbaijan.
The ombudsman noted that the Azerbaijani authorities are artificially delaying and politicizing the process in order to cause mental suffering and tension to the Armenian society and especially to the families of the captives. In addition, the ombudsman reported to the ambassador on the human rights violations during the border demarcation process.
An extraordinary report will be published in the near future, which will include the needs mentioned in the applications received by the Human Rights Defender's Office since the day of the declaration of martial law in the country, as well as the issues of ensuring the rights of displaced people.
The parties stressed the high level of cooperation and mutual trust between the two institutions, as well as agreed to deepen cooperation in the field of human rights protection.
Views 56