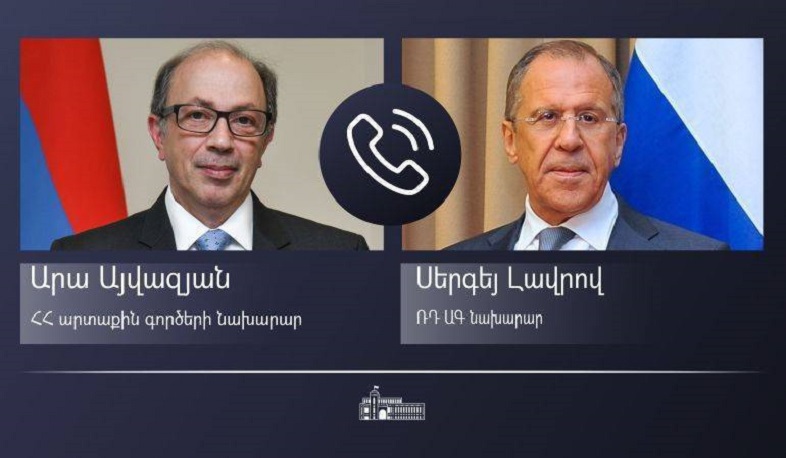 Foreign Ministers of Armenia and Russia had a phone conversation

On January 18, the RA Foreign Minister Ara Aivazian had a phone conversation with his Russian counterpart Sergey Lavrov.

Following the recent phone conversations, the Foreign Ministers touched upon the issues of establishing stability and security in the region. In the context of the implementation of the trilateral statements of November 9 and January 11, the Minister Aivazian once again stressed the priority of full implementation of humanitarian issues, first of all, immediate and safe repatriation of prisoners of war, hostages and other detainees.

The Minister Aivazian drew the interlocutor's attention to the importance of preserving the Armenian religious and historical-cultural heritage of Artsakh in the territories under the control of Azerbaijan and consistent involvement of international professional structures in that matter.

The interlocutors also exchanged views on the Armenian-Russian agenda in bilateral and multilateral formats.