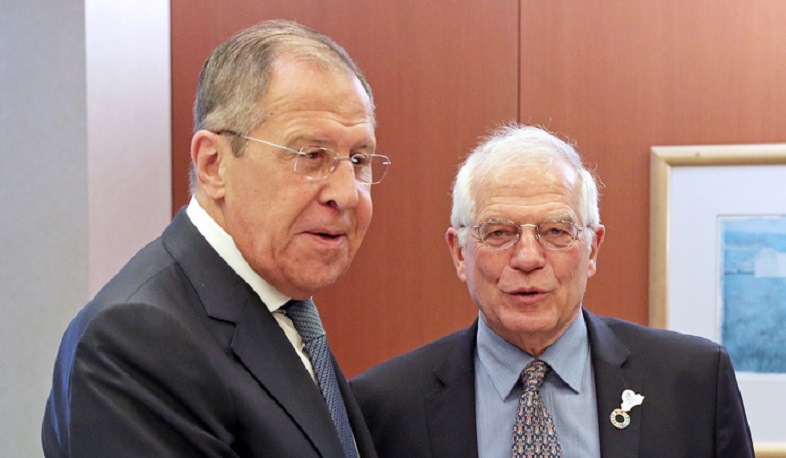 Today the Russian Foreign Minister Sergey Lavrov had a telephone conversation with the EU High Representative for Foreign Affairs and Security Policy Josep Borrell, during which the high-ranking European official informed Lavrov about the results of yesterday's EU foreign policy meeting. This is reported on the website of the Russian Foreign Ministry.
Among many international issues, the settlement of the Nagorno Karabakh conflict was discussed in accordance with the Moscow statement of the Foreign Ministers of Armenia, Russia and Azerbaijan.
Views 948