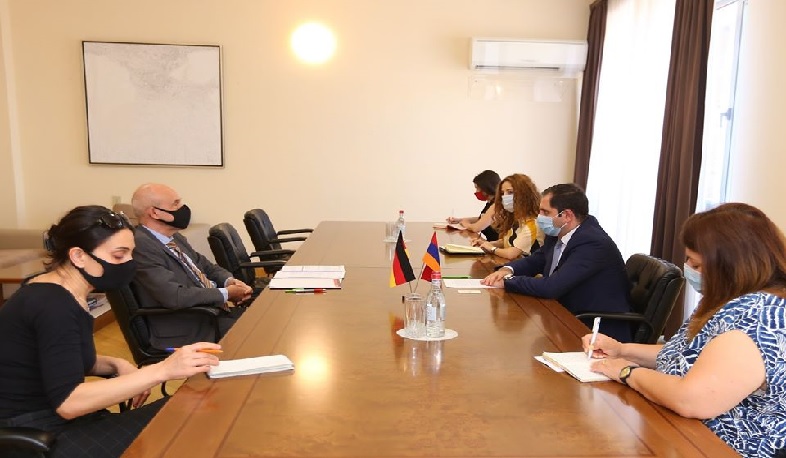 According to the RA Ministry of Territorial Administration, Minister Suren Papikyan met with the Ambassador Extraordinary and Plenipotentiary of Germany to Germany Michael Banzhaf today.
Welcoming the guest, the Minister praised the effective involvement and support of the German Development Agency (GIZ) and the Bank for Reconstruction and Development (KFW) in the administrative reform of the Republic of Armenia, in the improvement of services in the united communities and the development of community infrastructure.
The Minister expressed satisfaction with the KFW Bank's partnership and constructive approach to the resumption of the modernization program of the rural water supply and sewerage network in Armenia.
In his turn, Ambassador Banzhaf spoke about the establishment of citizen service offices in multi-community regions, as well as the need for joint projects to improve water and energy infrastructure, reaffirming the German side's readiness to assist the Armenian government in their implementation.
Views 15