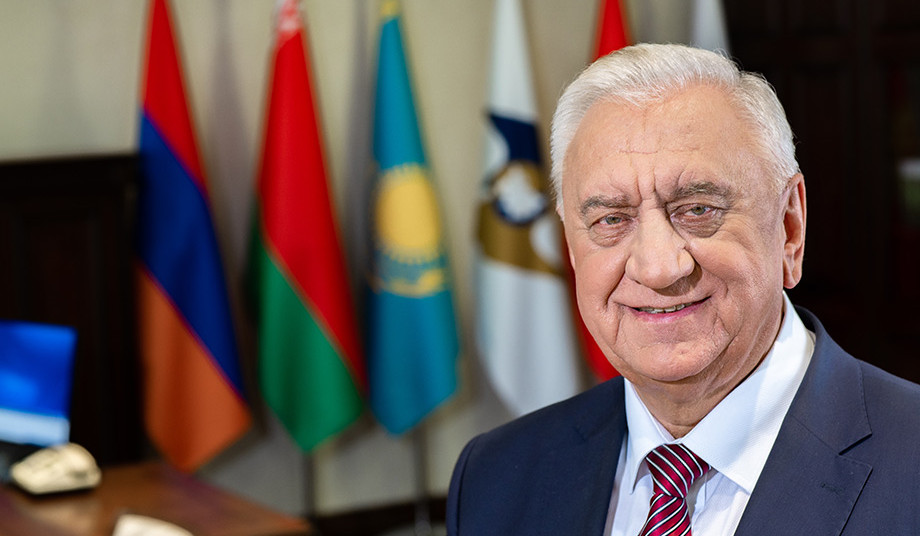 In 2022 the volume of direct investments in the economies of the member states of the Eurasian Economic Union (EAEU) has significantly increased, Chairman of the Board of the Eurasian Economic Commission (EEC) Mikhail Myasnikovich said during the Investment Summit in Bishkek, reports TASS.
“Compared to last year, the foreign direct investments in the member states of the EAEU have greatly increased in the first half of 2022”, he said.
The EEC Board Chairman said that in that period the investments in the economy of Armenia increased almost 5 times, in Belarus – 1.6 times, in Kazakhstan – twice, and in Kyrgyzstan – 1.9 times.
He stated that all the forecasts of international experts according to which the total GDP of the EAEU states will be cut by 7-10%, were not true.
“Quite the contrary, we see an active growth”, he said.
Mikhail Myasnikovich assured that the EAEU is paying much attention to the business support. In particular, almost 1300 goods are exempt from customs duties in the Union, which has provided an indirect support worth 2 billion dollars to entrepreneurs.
The Bishkek Investment Summit is attended by representatives of government agencies of the EAEU states, EAEU different agencies and companies of the Union’s countries.
Views 700