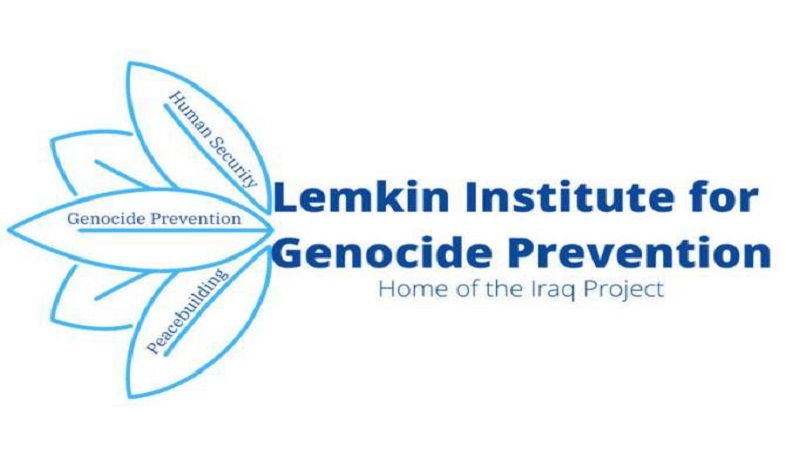 There can be neither peace nor prosperity through genocide: Lemkin Institute

The Lemkin Institute has voiced its solidarity with and support for the people of the Republic of Artsakh (Nagorno-Karabakh), who turned out in Stepanakert on October 30th in historic numbers to rally for self-determination.

In a statement the Institute reminds that Artsakh has been inhabited by a majority Armenian population for thousands of years, and mentions of Armenians in the region date back at least to the 6th century BCE.

The Institute briefly presented the history of the region and the Artsakh wars.

“At the heart of this conflict are two factors that are common in genocidal scenarios: The

weakening of one group or groups through genocide and the continuing impunity (and genocidal ideology) of perpetrator groups. In this case, we have, on the one hand, the consequences of the Armenian genocide in the region, which completely eradicated the Armenian presence in Western Armenia (today’s eastern Turkey) and substantially reduced Armenians’ fighting capacity and political leverage in the Caucasus in the late 1910s and early 1920s. On the other hand, we have the development of Azeri nationalism as an anti-Armenian phenomena and the ongoing and unchecked genocidal hostility of Azeri nationalists towards Armenians. Neither of these issues should be ignored by the international community in constructing policy towards the region,” the statement reads.

The Lemkin Institute says “there seems to be the misperception among many members of the international community that Artsakh should simply be “given up” — handed over to Azerbaijan due to the territorial losses suffered by Armenians in 2020.”

“In fact, many Western governments seem to be promoting policies that will lead to Azerbaijani control over Artsakh in the name of “peace” and “prosperity,” two terms repeatedly used by US officials at a November 16 Senate Foreign Relations Committee hearing on “Assessing U.S. Policy in the Caucasus.” The origin of this Western view is, once again, a desire to please Turkey and to gain access to Caucasus oil as well as to strategic positions in Central Asia. Such a view negates Artsakhsis’ legitimate right to self-determination and risks collusion with a genocidal state.”

It emphasizes that “What the Western world, and particularly NATO, fails to understand is that “giving up” Artsakh would mean condoning genocide against Armenians: the forced displacement and persecution of Armenians, widespread atrocity crimes, destruction of cultural heritage, and one of the largest humanitarian crises in the Caucasus region in the past decades, involving a huge influx of refugees to Armenia proper.”

“Importantly, given the current red flags for genocide in Turkey and Azerbaijan, as well as what we know about the genocidal process in general, it is inconceivable that “giving up” Artsakh will put an end to conflict in the region, much less lead to “peace” and “prosperity.” The genocidal designs of Azerbaijan and its strong ally Turkey almost ensure that aggression against Armenian territory will continue. The anti-Armenian hatred promoted by both countries, and especially by the Aliyev regime, will not abate with the depopulation of Artsakh,” the statement reads.

It notes that the depopulation of Artsakh should be seen as the beginning of a much larger push to erase the Armenian presence from the region once and for all.

“The fundamental right to self-determination should not become another legal fiction; instead, it should be understood as an essential element of lasting international peace and security. Furthermore, the international community’s responsibility to protect identity groups is an essential norm that must be exercised in this case, where the world has the rare chance to prevent genocide before mass killing has begun,” the Lemkin Institute notes.

“Only when these rights are fully protected and respected will the world be able to fulfill the long-awaited promises of the United Nations Charter,” it says.

The Lemkin Institute calls for the creation of an independent international commission to study the issues involved in Artsakh, with the aim of establishing a just outcome and a stable peace.

“Azerbaijan must not be allowed to use force to claim Armenian territory and the international community must make clear that it will vigorously defend Armenian life against a renewal of the genocide of 1915,” the statement concludes.