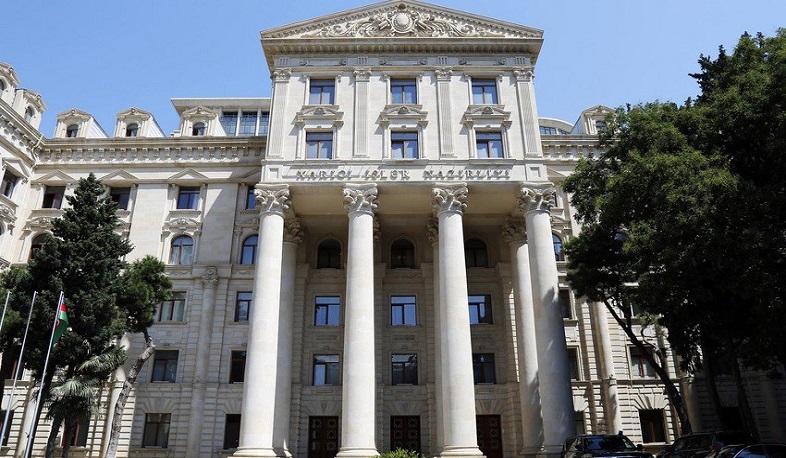 France's charge d'Affaires in Azerbaijan, Julien Le Lan, was summoned to the Foreign Ministry, where he was handed a note of protest in connection with the resolution adopted by the French Senate against Azerbaijan on November 15, 2022.

During the meeting, the Azerbaijani side emphasized that “the resolution is far from reality, full of lies and slander, and Baku categorically rejects it.”

The Foreign Ministry of Azerbaijan described the resolution as provocative and noted that “France, which declares that it wants to contribute to the peace process, once again openly demonstrated its pro-Armenian, biased and one-sided position.”

In response to the anti-Azerbaijani resolution of the French Senate, the Milli Mejlis (Parliament) of Azerbaijan adopted its own resolution on Wednesday calling on the Azerbaijani Government to review political and economic relations with France.

In particular, the adopted statement states that until the French Government gives the necessary guarantees, Paris should not participate in the initiatives and actions related to the process of normalization of relations between Azerbaijan and Armenia, and it is also suggested not to discuss these issues with French officials.