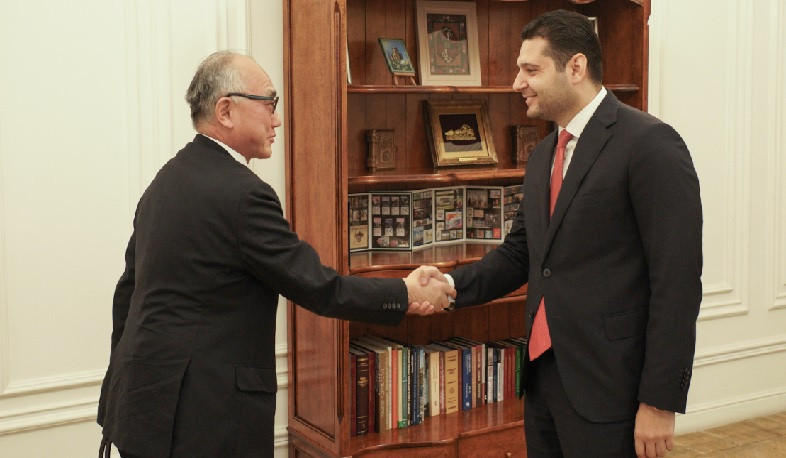 The interlocutors emphasized the need to realize the existing potential in Armenian-Japanese political and economic relations. At the same time, Ambassador Fukushima stressed the importance of launching human contact and youth exchange programs to deepen cultural dialogue between the two countries.

During the meeting, the interlocutors reflected also on the consequences of the large-scale military aggression unleashed by Azerbaijan on September 13 against the sovereign territory of Armenia.

In this regard, Ambassador Fukushima informed about his recent visit with the heads of numerous other foreign diplomatic missions in Armenia to the affected settlements of Gegharkunik Province, expressed concern about the situation, and reaffirmed Japan's readiness to contribute to the peaceful settlement of issues.