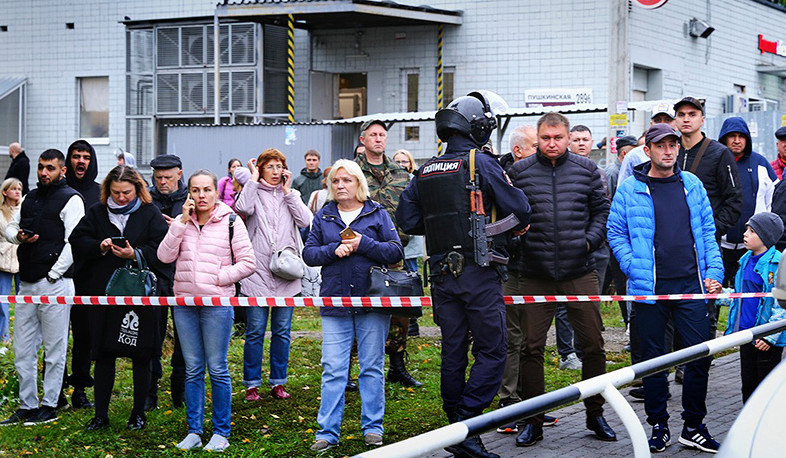 Death toll in shooting in Izhevsk school rises to 13, including seven kids

The death toll in a shooting incident in a school in Izhevsk has risen to 13, including seven children, the Russian Investigative Committee told TASS on Monday.

"According to preliminary reports, the crime claimed the lives of 13 people, including six adults and seven young children. Fourteen people and seven kids were wounded," the investigators specified.

On Monday morning, an unknown attacker opened fire in School 88 in Izhevsk, and committed suicide after the attack. The investigators said the man was wearing a black T-shirt with Nazi symbols and a balaclava helmet. No documents were found on the criminal, who is currently being identified. A criminal case has been opened.