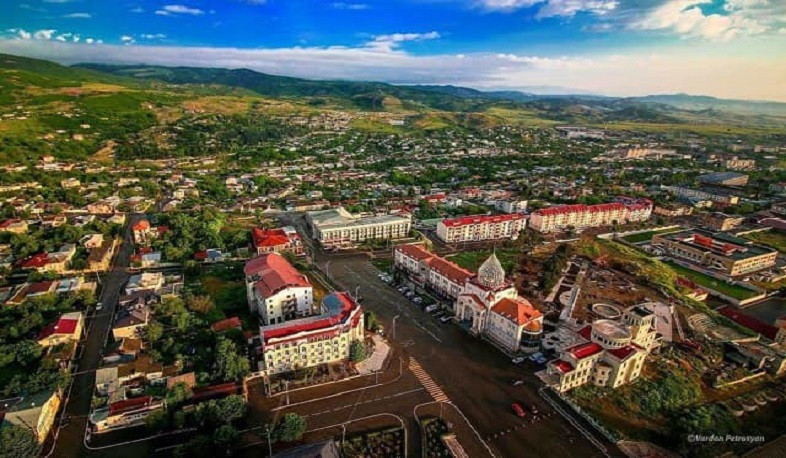 We are obliged to make double and triple efforts to build this small piece of our Homeland protected at cost of lives of heroes: Mayor of Stepanakert

September 24 is the day of Artsakh’s (Nagorno-Karabakh) capital Stepanakert.

In a statement on social media, Mayor of Stepanakert Davit Sargsyan congratulated the residents on the Day of the capital.

“Dear compatriots, today we celebrate the Day of Stepanakert. With its historical past, the capital of Artsakh definitely deserves a festive, colorful outfit, interesting celebrations, which Stepanakert, its residents and guests were already used to.

But September 27 of 2020 forced inevitable changes also in this regard. While not celebrating the festive events, today we are also obliged to make double and triple efforts to develop, strengthen this small piece of our Homeland which was defended at the cost of the lives of heroes,” he said.

The Mayor stated that after the 2020 Artsakh War, the population of Stepanakert has drastically increased, as thousands of people displaced from the occupied territories of Artsakh have settled in Stepanakert.

The Mayor vowed that they will do everything to modernize the city’s infrastructure aimed at not obstructing the normal life in the capital city.

Dear compatriots, our city, which is the crossroad of our cultures and eras, will still celebrate its day with laughter, song and dance.

Each of us in our place and high responsibility must just do everything possible for making that day closer. Happy holiday, capital city of Artsakh, city of our heart – Stepanakert,” the Mayor stated.