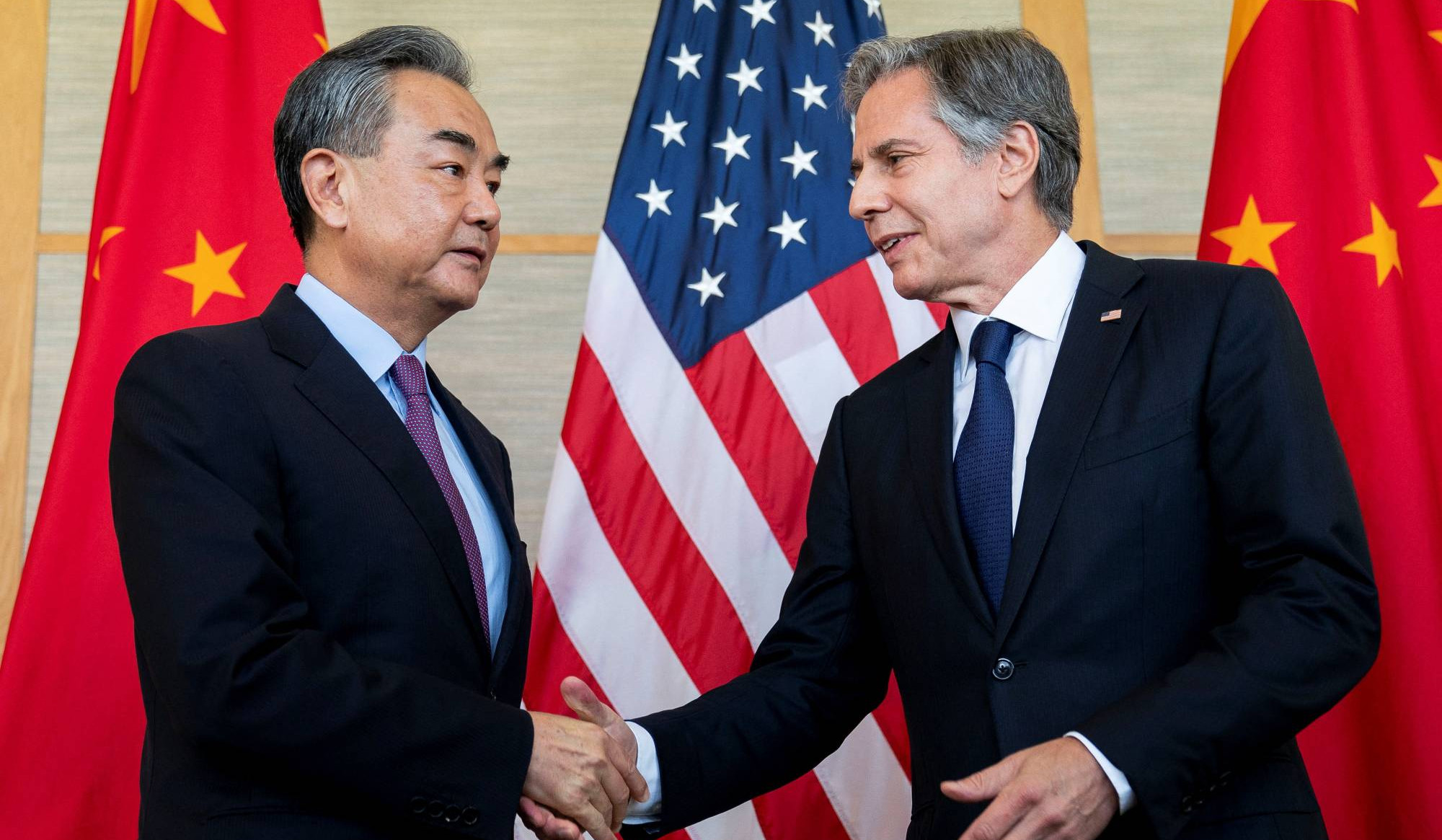 Chinese State Councilor and Foreign Minister Wang Yi on Friday told U.S. Secretary of State Antony Blinken that China-U.S. relations have been severely impacted currently, and the lessons from which should be learned by the U.S. side, Reuters reports.

Wang made the remarks during their talks at the site of the Permanent Mission of the People's Republic of China to the United Nations. The two diplomats were attending the ongoing 77th session of the UN General Assembly.

Wang said China-U.S. relations are at a critical juncture, and it is imperative for the two major countries, with an attitude of being responsible for the world, history and the two peoples, to adopt the right approach to getting along with each other, and to work to stop bilateral ties from further deterioration and to re-stabilize them.

"It is our mission to safeguard national sovereignty and territorial integrity, and there is absolutely no ambiguity whatsoever about that," Wang told Blinken.

Wang reminded Blinken that the United States has made clear political commitments to China regarding the Taiwan question, including the three Sino-U.S. joint communiques reached decades ago and the more recent statements made repeatedly by the current U.S. administration that it does not support "Taiwan independence".

What the United States has done, however, is contrary to its commitments, in attempts to damage China's national sovereignty and territorial integrity, obstruct the great cause of peaceful reunification of China, and engage in a so-called strategy of "using Taiwan to contain China", Wang said, adding that the U.S. side even publicly claimed to help defend Taiwan, which has sent a very wrong and dangerous signal.

The United States should return to abiding by the three Sino-U.S. communiques and the one-China principle exactly as they are, reiterate its one-China policy without added elements, and unequivocally state its clear opposition to "Taiwan independence" separatist activities of all forms, Wang said.

There exist common interests and profound differences simultaneously between China and the United States, a reality that will not change, Wang said. The two countries were aware at the very beginning of their engagement that they were dealing with one another with a different system, which has not become an impediment to forging bilateral cooperation based on common interests, nor should be a reason for confrontation or conflict between the two countries.

Wang expressed the hope that the U.S. side will correct its perception about China, and rethink and change its China policy guided by containment and suppression. The U.S. should abandon its intention to deal with the Chinese out of a position of strength, neither should it always contemplate about containing China's development or frequently resort to unilateral bullying.

The United States should create an environment conducive to the resumption of normal exchanges between the two sides, and promote the return of China-U.S. relations to a healthy and stable track of development, Wang said.

Blinken said U.S.-China relations are in a difficult situation, and bringing bilateral relations back to a stable track is in accord with the interests of both sides.

Noting the United States and China have successfully managed their differences in the past, Blinken said that the U.S. side is willing to engage in candid communication and dialogue with China, avoid misunderstanding and miscalculation, and find a path forward.

Blinken also reiterated that the U.S. side does not seek a "new Cold War", has not changed its one-China policy, and does not support "Taiwan independence".

Wang and Blinken also exchanged views on the Ukraine situation. Both sides considered the meeting as being frank, constructive and important, and they agreed to maintain communication.