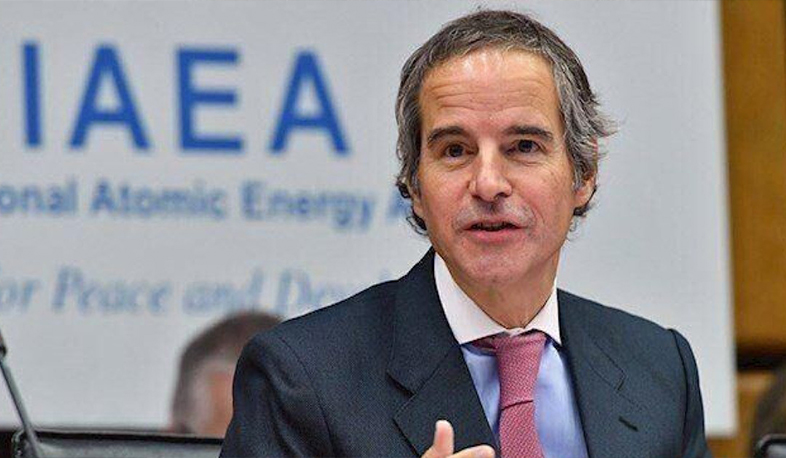 Director General of the International Atomic Energy Agency (IAEA) Rafael Grossi held a number of meetings on the sidelines of the 77th session of the UN General Assembly, including with Russian Foreign Minister Sergey Lavrov, his Ukrainian counterpart Dmitry Kuleba and French President Emmanuel Macron, where he discussed the creation of a safety zone around the Zaporozhye nuclear power plant, TASS reports.
"I am here working on the establishment of the safety protection zone. <…>. I had a meeting with two foreign ministers, [Russian] Foreign Minister Lavrov, [Ukrainian] Foreign Minister Kuleba, and then [there was] the meeting organized and presided by President Macron <…> [as well as a meeting with] the Ukrainian Prime Minister and the foreign ministers of the G7 countries of the EU," he said on Wednesday at a briefing for reporters.
At the moment, Grossi said, the sides are working on concrete proposals for the security zone.
"We are already working on the very concrete aspects that will be required to have the [security] zone <…> established," Grossi said.
Overall, as the IAEA Director General noted, the dialogue between the foreign ministers of Russia and Ukraine and the IAEA shows that there is a strong basis for reaching agreements on the Zaporozhye nuclear power plant.
The International Atomic Energy Agency (IAEA) intends to expand its mission to the Zaporozhye nuclear power plant in the coming days, Rafael Grossi, the agency's Director General, said on Wednesday at a briefing on the sidelines of the UN General Assembly.
"We are going to enlarge the mission. We are going to make it bigger in the next few days," he said.
Grossi stressed that in his opinion, the mission at Zaporozhye nuclear power plant is currently "working well," despite difficult circumstances.
Views 70