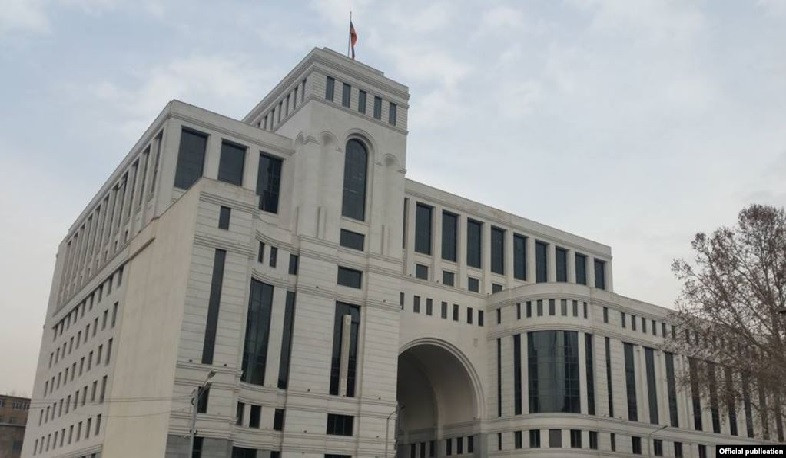 We call on the international community to assume responsibility for ensuring unconditional access to the whole territory of Nagorno-Karabakh: Armenian Foreign Ministry

The Armenia’s Foreign Ministry commemorated the International Day of the Victims of Enforced Disappearances with a special statement. It reads as follows:
“30 August is the International Day of the Victims of Enforced Disappearance, established by the UN General Assembly in 2010, as a reminder of the horrific violations of human rights caused by enforced and involuntary disappearances.
Enforced or involuntary disappearance of persons is a violation of fundamental human rights by its nature, since it infringes on an entire range of human rights, established by the Universal Declaration of Human Rights, International Convention for the Protection of all Persons from Enforced Disappearance, as well as set out in International Covenants on Human Rights and other major international human rights instruments.
This complex crime violates all range of human rights, including the right to life, the right not to be subjected to torture and other cruel, inhuman, or degrading treatment or punishment, the right to liberty and security, the right to a fair trial, the right to an effective remedy and the right to know the truth regarding the circumstances of disappearance. International law constitutes enforced disappearance in certain circumstances as a crime against humanity.
The international humanitarian and human rights law seeks to refrain people from going missing as a result of arbitrary arrests and other violations occurring during detention and captivity. After the ceasefire signed on November 9, 2020, Azerbaijan continues to hold Armenian prisoners of war, including civilians, while the fate of hundreds of missing persons and dozen cases of enforced disappearances resulting from the First Nagorno-Karabakh War and the 44-Day War remain unclarified.
The lack of cooperative approach of Azerbaijani authorities makes it impossible to accurately estimate the number of missing persons, to acquire reliable information regarding the fate or whereabouts of those disappeared, and whether they are still alive.
Azerbaijan continues to disregard the decisions of the European Court of Human Rights on the implementation of interim measures to provide information on Armenian hostages in Azerbaijan, as well as provisional measures put forward by the International Court of Justice on December 7, 2021, which instruct Azerbaijan to cease racist and discriminatory policies against Armenians.
The issue of disappearances is a humanitarian priority that must be depoliticized, and it must be addressed with strong political will and cooperation. In the absence of such an approach, justice, and social healing, and therefore long-term peace will remain elusive. We call on the international community to assume responsibility for ensuring unconditional access to the whole territory of Nagorno-Karabakh, which could alleviate the existing humanitarian crisis․
On this International Day of the Victims of Forced Disappearances we express our solidarity with the families of victims and with all those who suffer from these inhuman acts. We stand up for the rights of the disappeared today and every day, we keep advocating for justice and combat impunity for this crime. We reiterate our call of urgency to stop impunity for enforced disappearance”.
Views 2199