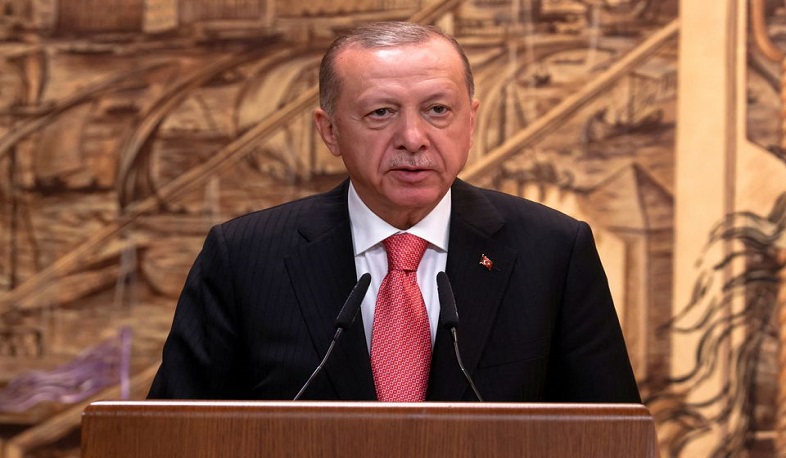 Turkish President Recep Tayyip Erdogan has said that ousting Syria’s leader Bashar Assad is not Ankara’s aim, TASS reports. Turkey favors Syria’s territorial integrity and prefers diplomacy for addressing the outstanding issues, he stressed.
"We do not have such a problem as the overthrow or non-overthrow of Assad. All the steps that we are now taking in Syria, including those in coordination with Russia, are aimed at combating terrorism from the eastern and western parts of the Euphrates to the Mediterranean. I have always said that one of the most important components of democracy is the presence of a strong opposition. Unfortunately, we do not have it. This is the problem. I should note that Turkey has no claims to foreign lands. It stands for the territorial integrity of Syria," Erdogan told the media upon his return from Lviv, where tripartite talks were held on Thursday with Ukrainian President Vladimir Zelensky and UN Secretary-General Antonio Guterres.
Turkish leader said he maintains contacts on Syria with his Russian counterpart Vladimir Putin.
"We discussed Syria during my visit to Sochi. We hope for the adoption of Syria’s new constitution in the near future, which will allow for stabilizing the situation and taking the necessary steps to solve the outstanding problems," Erdogan said.
He stressed that the Turkish Defense Ministry maintained permanent contacts with Russian partners. "Our Ministry of Defense is in constant contact with Russia. We will continue these contacts. I would like Iran to join this work. This has not happened yet, though," he added.
Views 47