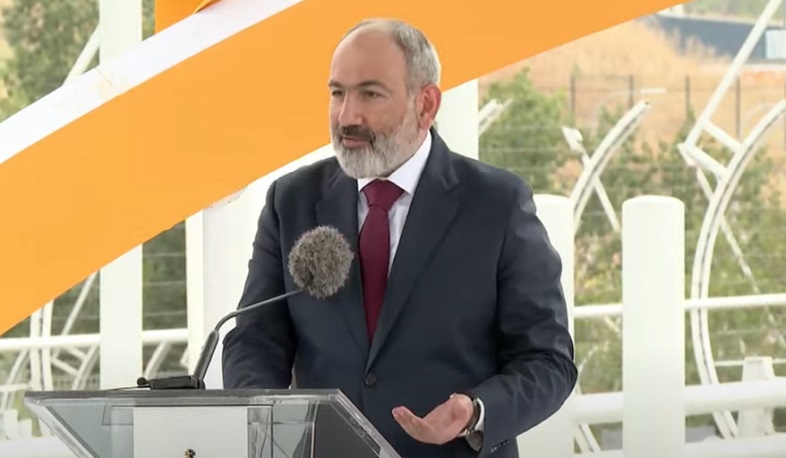 In current complex challenges, an outstanding growth recorded in the Armenia-Georgia trade and economic relations, Pashinyan

At the official opening of the "Berekamutyun" (Friendship) bridge on the Armenia-Georgia border, Armenian Prime Minister Nikol Pashinan referred to the relations and the trade growth  between the two countries .
"There is no doubt, the centuries-old ties of our two brotherly countries, anchored on common values and historical heritage, need such a modern and up-to-date important infrastructure, which creates a solid foundation for our future extensive cooperation. I am more than convinced that today  all necessary prerequisites exist  for developing and deepening the relations with brotherly Georgia in accordance with the important priorities of Armenian foreign policy.
In the conditions of the current complex challenges, an outstanding growth has been recorded in the Armenian-Georgian trade and economic relations.
Today, I was pleasantly surprised to note that we have a 97 percent increase in trade turnover compared to the same period last year," said Pashinyan.
He emphasized that Armenia-Georgia trade and economic relations have great potential. Prime Minister said, there are serious opportunities for deepening cooperation in industry, agriculture, pharmaceuticals, information and communication, transport, energy, tourism and other sectors.
"Communication channels are of key importance for the trade and economic relations development, which provide an opportunity to integrate into the world economy, to establish and ensure a vital connection at the regional and international level.
The priority of the transport sector of our bilateral cooperation and cooperation in a number of international transport structures give us the opportunity to take realistic steps not only for the Persian Gulf-Black Sea international transport corridors, but also for other initiatives that provide a nodal connection in the transport sector," he said.
The construction of the Sadakhlo-Bagratashen checkpoint on the Armenian-Georgian border started in May 2021. The new two-part bridge meets international standards, the capacity will be 3-4 times greater than the previous one. It was put into trial operation at the beginning of August. The Prime Ministers of Armenia and Georgia gave speeches at the official opening ceremony.
Views 531