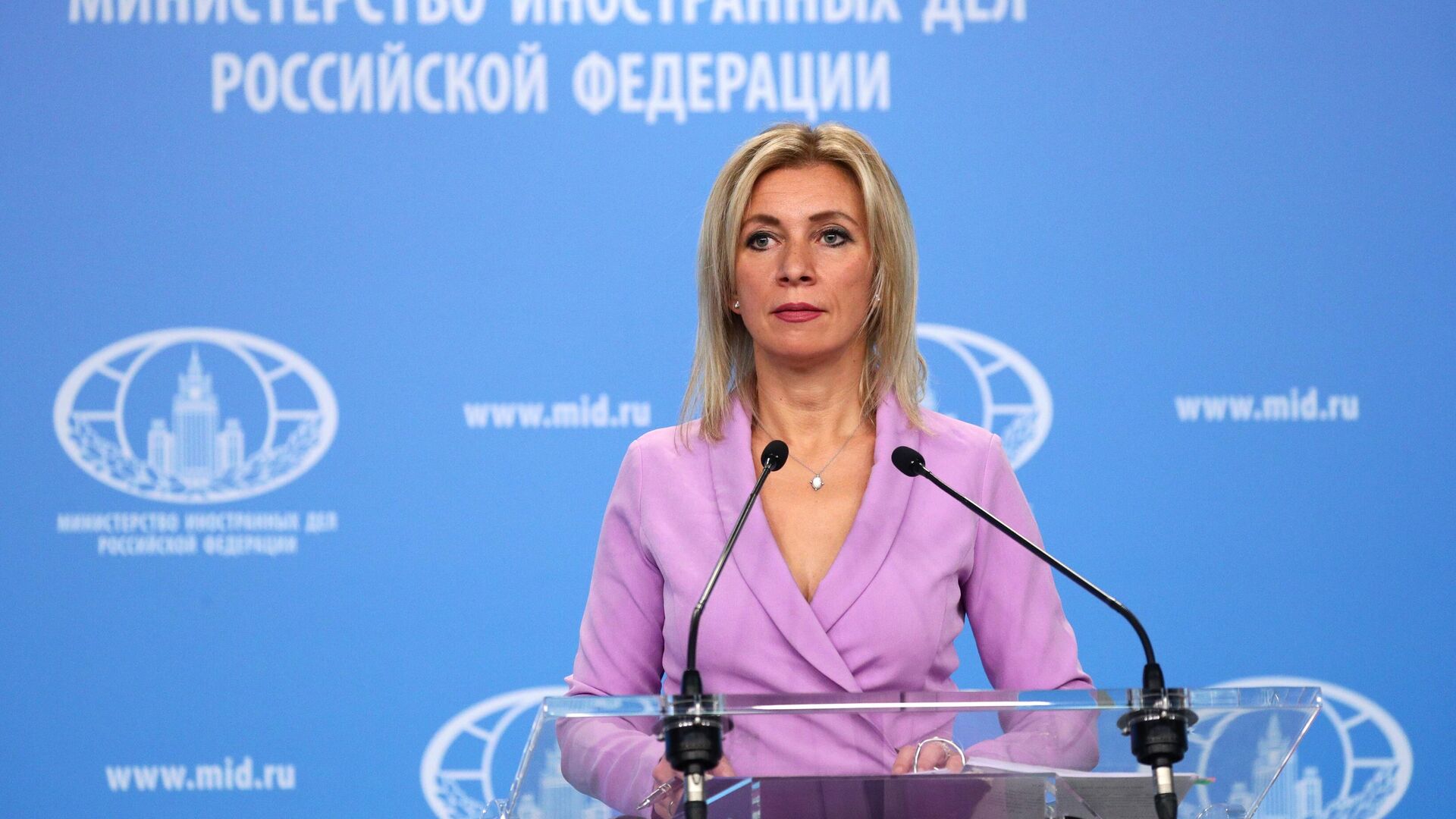 "Murders from around the corner and under the cover of night are a distinctive modus operandi, if not to say the essence, of adherents of Bandera's ideology, which has been known since the Great Patriotic War. But now they have chosen as a target not only the peoples of Russia and Ukraine. They are effectively taking all of Europe hostage and, apparently, are not averse to ‘setting it on fire’ in favor of their Nazi idols," the diplomat said in a statement commenting on the shelling of the Zaporozhye NPP by Ukraine.

She said Ukrainian armed forces are making the situation around the power plant "more and more dangerous" by the day. Maria Zakharova said by directing artillery fire toward active reactors and spent nuclear fuel storage facilities, "the Ukrainians are taking aim at themselves."

"We regularly send the IAEA updated information ‘from the scene,’ which is reflected in the information circulars of the agency, which clearly expose the criminal actions of the Ukrainian armed forces, the command of which has completely lost the ability to think straight," the statement said.

Zakharova said that the plant again came under fire from Ukrainian troops on August 5 and 6, and a major incident was avoided "only thanks to the skillful and prompt actions of the NPP employees, as well as Russian forces that provide comprehensive protection of this facility."

Moscow is encouraged, she said, by the statements of UN Secretary General Antonio Guterres in support of the IAEA's efforts to stabilize the situation at the plant and gain access to the station.

"We hope that the UN will now really not cause any obstacles in organizing the agency's international mission to the ZNPP, which, unfortunately, took place in the past," she said.

The diplomat said the current troubles could have been avoided if Guterres' reaction to the situation around the ZNPP had been "clear from the outset."

"Seeing his indecision or even weakness, the heirs of Bandera and Shukhevich who have settled in Kyiv only raise their heads and hit the ZNPP more and more recklessly, regardless of victims and the consequences," she said.

Russia is taking note that IAEA Director General Rafael Grossi is intent on following through with the plan to travel to the Zaporozhye nuclear power plant, Russian Foreign Ministry Spokeswoman Maria Zakharova said in a statement on Monday.

"We consider it necessary to state again that Russia did everything that was required for a successful visit a few weeks ago. There can be no complaints against us in this regard. That the international mission did not take place is entirely on the conscience of Kyiv," the spokeswoman said. She said it’s the Ukrainian government that stands to gain from keeping IAEA specialists as far as possible from the Zaporozhye NPP.

Zakharova called on the leaders of the UN and the IAEA to "call Kyiv to order" and clearly indicate that the threat in this case comes from Ukraine. "Diplomats - especially of such a high rank - are given the ability to speak in such a situation in order to express themselves very clearly, rather than hide their thoughts. We have provided a lot of supporting information for the UN Secretary General and the IAEA Director General to openly and firmly point out to the Ukrainian authorities that strikes on the ZNPP are unacceptable and force them to immediately stop attacking the station and its employees, including their families and other residents in Energodar," she said. "Turning a blind eye to the outrageous behavior of Kyiv is something that won’t happen."