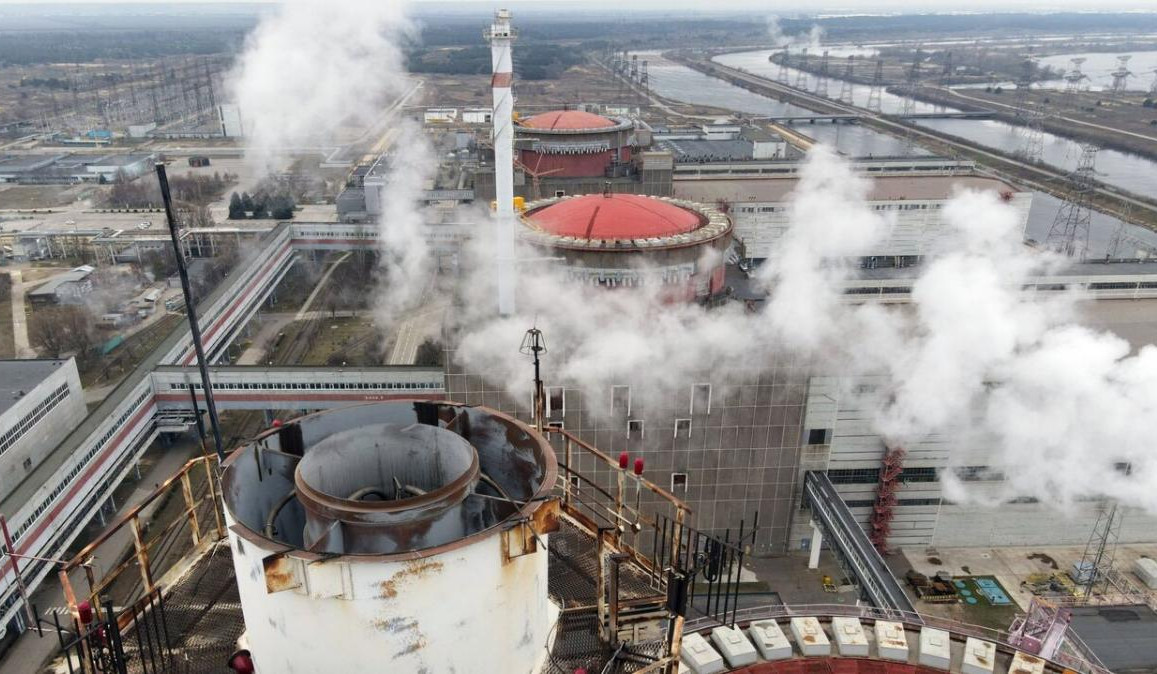 UN Secretary General Antonio Guterres on Monday urged the warring parties in Ukraine to step back from the brink of a nuclear catastrophe, describing attacks on the country's atomic plants as "a suicidal thing", The National News reports.
His plea came after shelling at the Zaporizhzhia nuclear plant, near the southern front line of the fighting, which Ukraine and Russia blamed on each other.
Speaking in Japan after visiting the site of the nuclear bombing in Hiroshima 77 years ago, Mr Guterres called on the UN's International Atomic Energy Agency to enter Zaporizhzhia to ensure the site was safe.
"Any attack on a nuclear plant is suicidal thing and I hope that those attacks will end," he said.
Amid concerns that Russia will turn to its doomsday weapons if cornered in Ukraine, Mr Guterres urged all nuclear-armed powers to commit to the principle of never ordering a first strike or threatening countries with no nuclear deterrent.
"I believe this is the moment when the risk of a nuclear confrontation is back — something that we had forgotten for decades," he said.
"I hope these asks will be taken seriously because we are witnessing a radicalisation in the geopolitical situation that makes the risk of a nuclear war again something we cannot completely forget."
Views 78