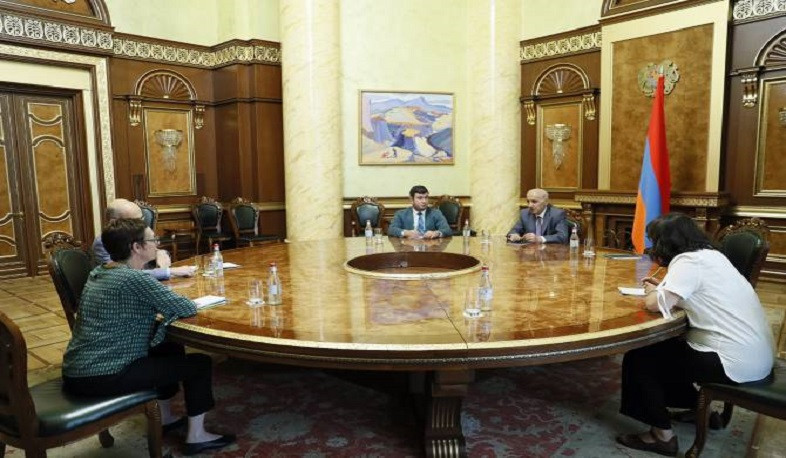 Prime Minister of Armenia Nikol Pashinyan’s advisor Artashes Tumanyan held a meeting with the Ambassador of France to Armenia Anne Louyot, the Prime Minister’s Office said in a press release.

Tumanyan and Ambassador Louyot addressed the latest regional developments, as well as a number of issues pertaining to bilateral relations.

Artashes Tumanyan presented the Armenian government’s activities in the economy, particularly the ongoing programs for the development of infrastructures. In this context the possibilities for Armenian-French cooperation in building transport infrastructures, water and irrigation systems and in other areas were discussed.