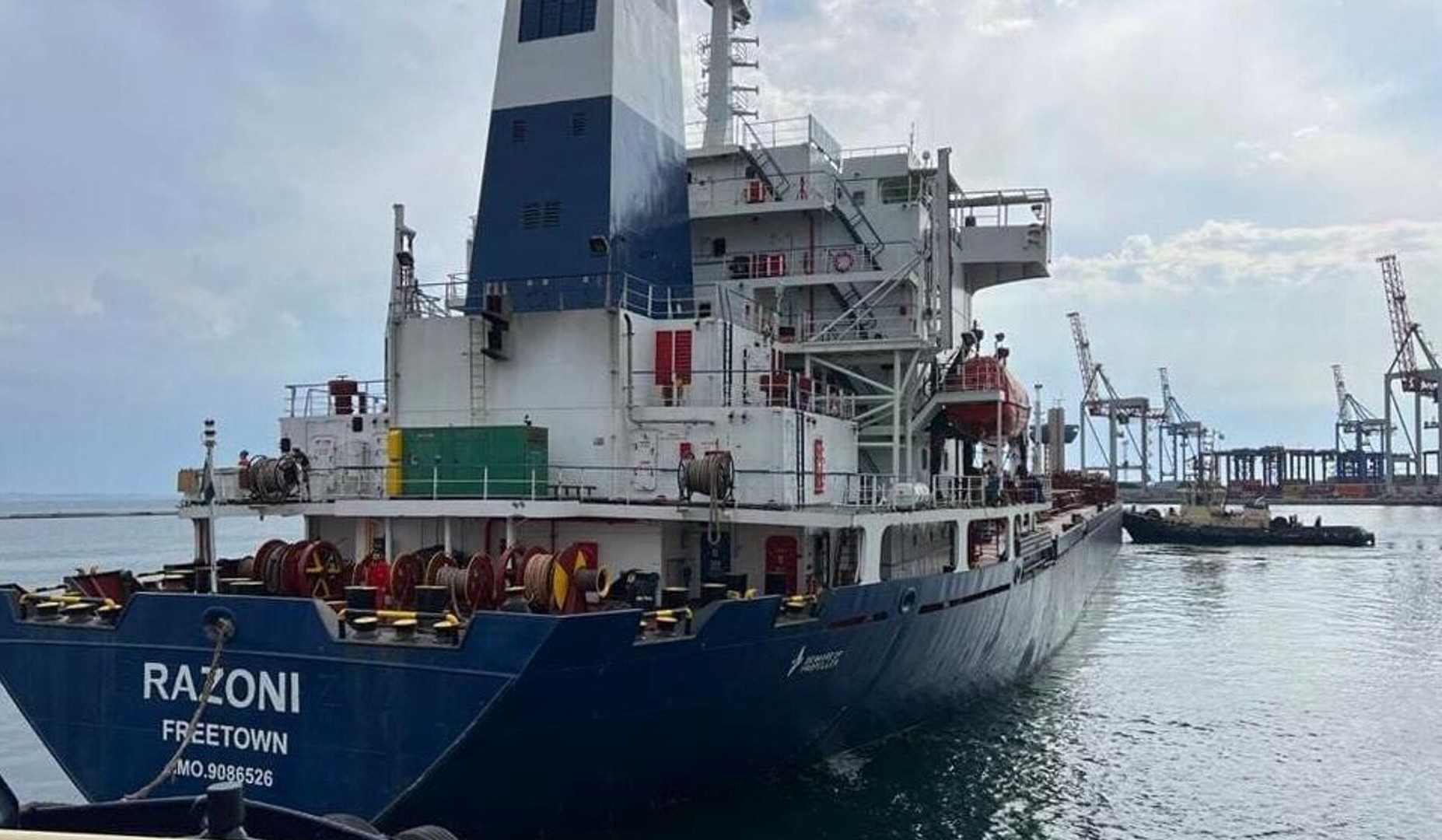 The Sierra Leone-flagged cargo ship Razoni with Ukrainian grain, which left the port of Odessa on Monday morning, late on Thursday reached Istanbul, where it will be inspected, the Turkish Defense Ministry said.

"The Razoni dry cargo ship, laden with corn, reached the Bosporus Strait from the Black Sea side. It anchored at the designated site," the ministry said in a statement.

Earlier, it was reported that the cargo ship would anchor off the Bosphorus Strait at around 9 p.m. local time (same time as in Moscow).

A source in Ankara told TASS that the ship would be examined on Wednesday morning, work would begin at around 8 a.m. It will be inspected by representatives of Turkey, Russia, Ukraine and the UN, making part of the joint coordination center. They will check the crew's documents, cargo documentation, will inspect the ship, and then will sign the final protocol. The whole procedure may take several hours. On the same day, the vessel may leave for Lebanon if the coordination center has no objections. It will take five to six days to get there.