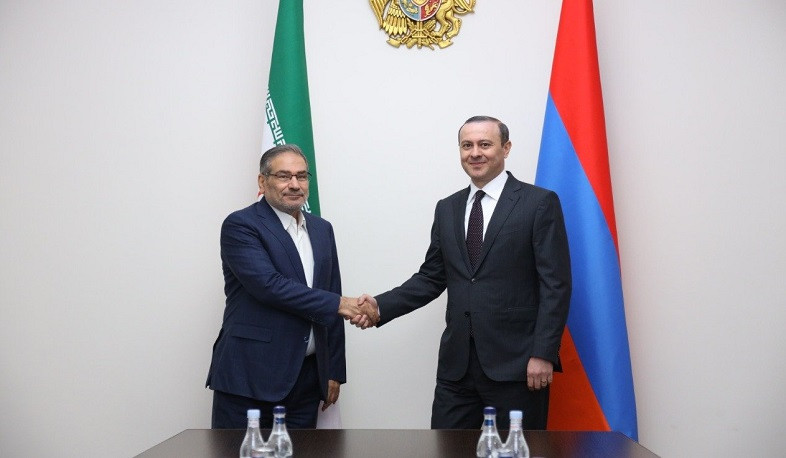 Principles of territorial integrity and inviolability of borders must be respected: Ali Shamkhani

During their talk the Armenian and Iranian Security Council Secretaries highlighted the stable development trend of the multilateral cooperation and in this context emphasized the importance of the bilateral mutual economic partnership and the necessity to develop it.

In the context of the development of Armenian-Iranian economic relations and particularly Syunik province, the sides specifically highlighted the importance of Iran’s Chabahar province. Both highly appreciated the readiness of the sides to continue the cooperation within the Meghri Free Economic Zone and the North-South Highway corridor.

Armen Grigoryan presented the process of normalizing the relations between Armenia and Azerbaijan, stating that no issue with a corridor logic is being discussed in this process.

In his turn Ali Shamkhani said that the principles of territorial integrity and inviolability of borders of countries should be respected in the aforementioned context.

Grigoryan also presented Armenia’s approaches on ensuring regional security and on unblocking, and here Ali Shamkhani has emphasized the readiness of Tehran to contribute to the preservation of the security of South Caucasus.

The sides agreed to hold the next meeting on Armenia-Iran border for the continuation of dialogue.