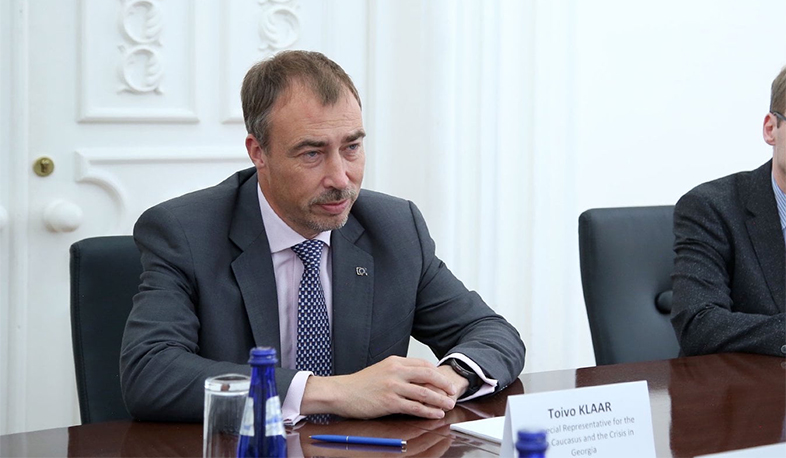 Charles Michel will continue to actively participate in peace building process between Armenia and Azerbaijan: Klaar

President of the European Council Charles Michel will continue to actively participate in the peace building process between Armenia and Azerbaijan. Toivo Klaar, the EU's special representative for the South Caucasus, expressed such an opinion in a conversation with the Azerbaijani Trend agency.

"I hope that in the future we will see new meetings between the leaders of Azerbaijan and Armenia, because that format is really important," the official said.

According to him, the Prime Minister of Armenia Nikol Pashinyan, the President of Azerbaijan Ilham Aliyev and the President of the European Council Charles Michel managed to make progress on a number of important issues.

"I, personally, with my team, as well as with my colleagues from President Michel's office, will definitely interact with both Baku and Yerevan to discuss all important issues. We are talking about the peace agreement, re-opening of communications, border issues. There are many key issues, in the solution of which, I think, the EU has had and will have an active participation," Klaar said.