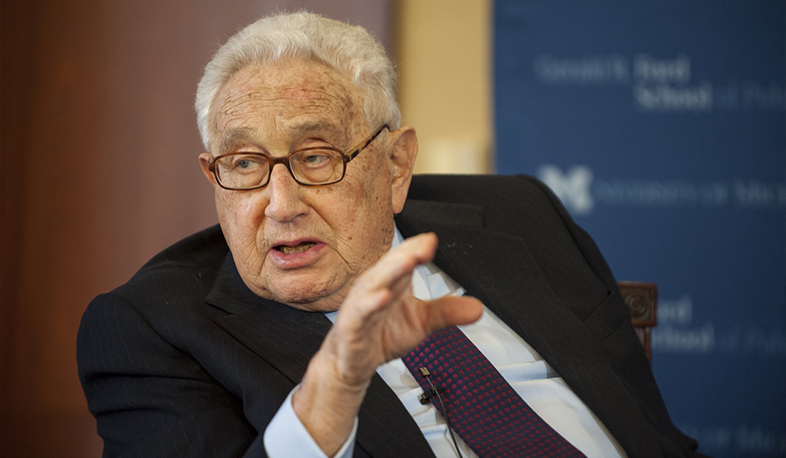 There are three possible outcomes to the Ukrainian conflict, former US Secretary of State Henry Kissinger said in an interview with the British magazine Spectator.

"If Russia stays where it is now, it will have conquered 20% of Ukraine and most of the Donbass, the industrial and agricultural main area, and a strip of land along the Black Sea. If it stays there, it will be a victory. And the role of NATO will not have been as decisive as earlier thought," he pointed out.

According to Kissinger, "the other outcome is an attempt is made to drive Russia out of the territory it acquired before this war, including Crimea, and then the issue of a war with Russia itself will arise if the war continues."

In his view, the third outcome will involve a return "to the position where the war started." Ukraine "will be rearmed and closely connected to NATO, if not part of it. It would be a situation which is frozen for a while," Kissinger noted.