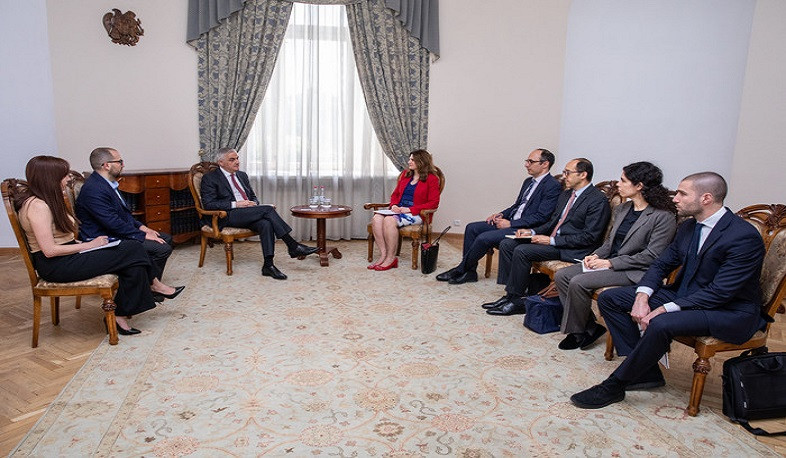 At the beginning of the meeting, Deputy Prime Minister Mher Grigoryan congratulated Iva Petrova on assuming the responsible post, emphasizing that the Government highly appreciates the cooperation with IMF.

Head of the IMF mission in Armenia Iva Petrova thanked for the warm reception and discussed possible new directions of cooperation with Armenia with the Deputy Prime Minister.

In this context, the Deputy Prime Minister presented the reforms implemented by the Government, spoke about the importance of human capital development, in particular, the planned reforms in the field of education, health, social protection.

They also referred to the regional developments, the economic and financial risks faced by Armenia under them and the opportunities to counter them.