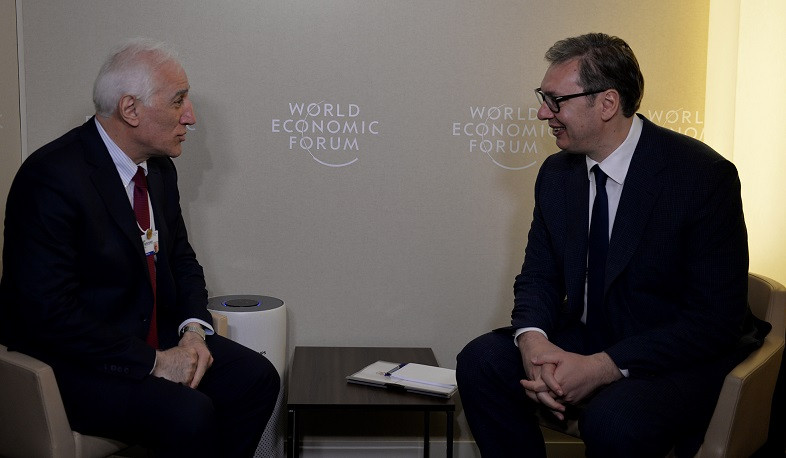 Presidents of Armenia and Serbia highlighted development and deepening of relations

President of Armenia Vahagn Khachaturyan met with President of Serbia Aleksandar Vučić on the sidelines of the World Economic Forum in Davos, Switzerland, the Presidential Office said.

The Armenian President congratulated Aleksandar Vučić on his re-election as President of Serbia, wishing him success and a productive work. Vahagn Khachaturyan said the friendly ties between the peoples of the two countries have a special warmth and mutual trust.

Both sides highlighted the consistent development and deepening of the relations in bilateral and multilateral platforms.

President Khachaturyan invited the President of Serbia to Armenia and he also received an invitation by President Vučić to visit Serbia.