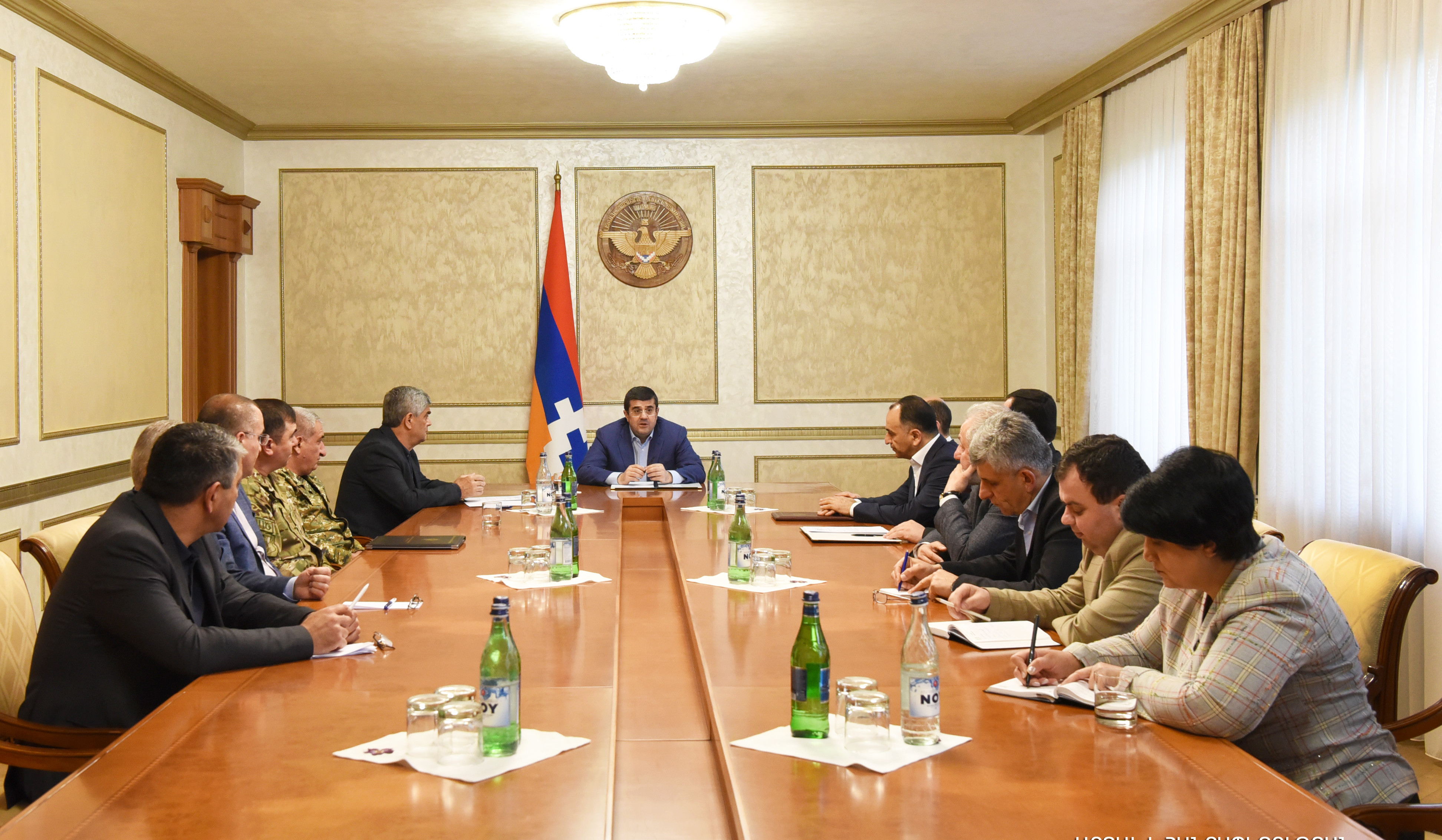 On May 25, President of Artsakh (Nagorno-Karabakh) Arayik Harutyunyan chaired an enlarged Security Council session. He underscored that the wording about ensuring the "rights and security of the ethnic Armenian population of Karabakh" in the statement of President of the European Council Charles Michel is highly unacceptable for the people and authorities of Artsakh. Harutyunyan noted that it does not reflect the demands and aspirations of the Artsakh Armenians, based on the right of peoples to self-determination, which have been clearly formulated for the international community over the past thirty years.

According to President Harutyunyan, he had a chance to meet with RA Premier Nikol Pashinyan and discuss the Pashinyan-Aliyev meeting held in Brussels on May 22, and in this context he would like to affirm once again, that the exclusive right of determining the fate and status of Artsakh belongs to the people and authorities of Artsakh.

In the words of the President, Prime Minister Pashinyan stressed that no one can, nor is going to sign any document behind the back of the people of Armenia and Artsakh. If there is a concrete proposal for concrete solutions, it will be discussed with the Artsakh authorities, and the public will be informed properly.

President Harutyunyan stressed that the Artsakh Republic unwaveringly pursues the path of international recognition of independence through the full and unconditional realization of its people's right to self-determination, and the proper provision of the rights and security of the people of Artsakh is only possible outside Azerbaijan.