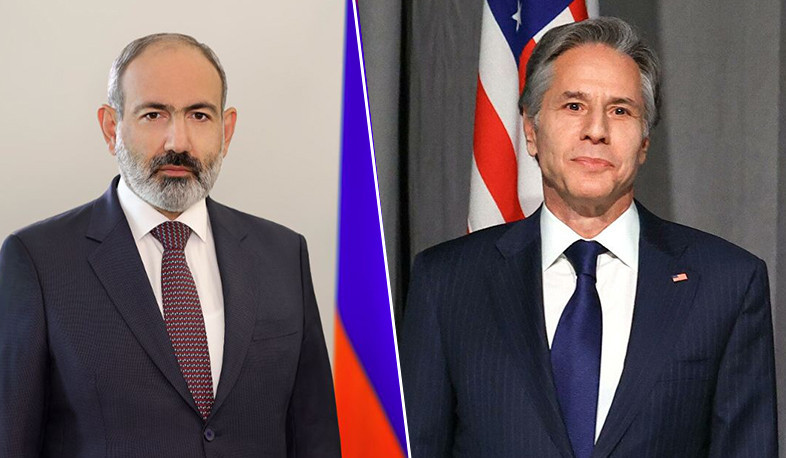 During telephone conversation with Pashinyan, Blinken highly assessed efforts of Armenian Government in establishing peace and stability in region

Prime Minister Nikol Pashinyan had a telephone conversation with US Secretary of State Antony Blinken.

The Secretary of State praised the efforts of the Government of the Republic of Armenia aimed at establishing peace and stability in the region, as well as the process of democratic reforms in Armenia.

The interlocutors exchanged views on the settlement of the Nagorno-Karabakh conflict, opening of regional communications, regional security issues.

Prime Minister Pashinyan shared his impressions of the trilateral meeting held in Brussels on May 22, emphasizing that the meeting was generally positive, but added that the comments that followed had nothing to do with the content of the discussions.

The Secretary of State reaffirmed the US readiness to continue supporting Armenia’s democratic reforms, the settlement of the Nagorno-Karabakh conflict, the demarcation of the Armenia-Azerbaijan border, the opening of regional communications, and the establishment of regional stability.

Reference was also made to the Armenia-Turkey discussions at the level of special representatives. The interlocutors agreed to continue Armenia-US high-level contacts.