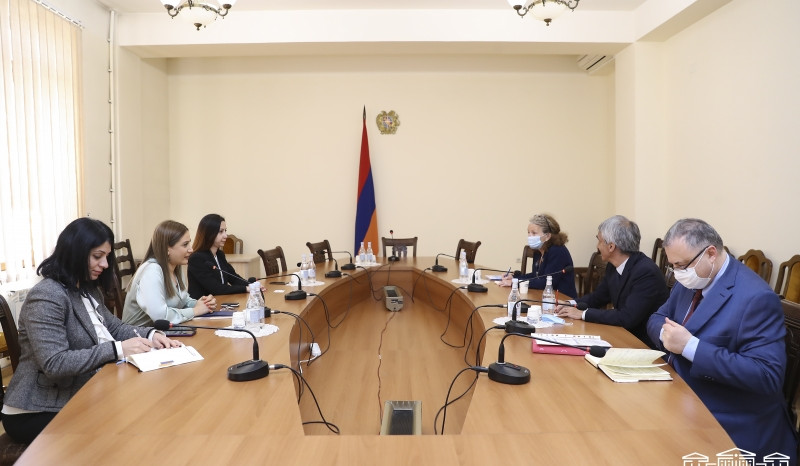 The Armenian parliamentarians highly appreciated the coordinated cooperation of the parliament with the international structure, thanked its representatives for the support to the capacity development of the National Assembly Staff in recent years.

Arusyak Julhakyan spoke about the work of the Standing Committee on Protection of Human Rights and Public Affairs and presented the priorities. She highlighted the study of the activity of the namesake Committee of parliaments of the democratic countries. In supporting the deputy’s work, the continuous development of the capacities of the Committee experts and the deputies’ assistants was underlined.

Ideas were exchanged on the steps aimed at further raising the level of the protection of human rights in Armenia.

Arusyak Julhakyan touched upon the oversight function of the Committee and noted that they follow the national strategy of the protection of human rights in action.

At the meeting the humanitarian problems caused because of the war unleashed by Azerbaijan against Artsakh (Nagorno-Karabakh) on September 27, 2020 was referred to. The issues of providing support to the close relatives of the captives and the missing, as well as the victims and the families of the displaced persons because of war.