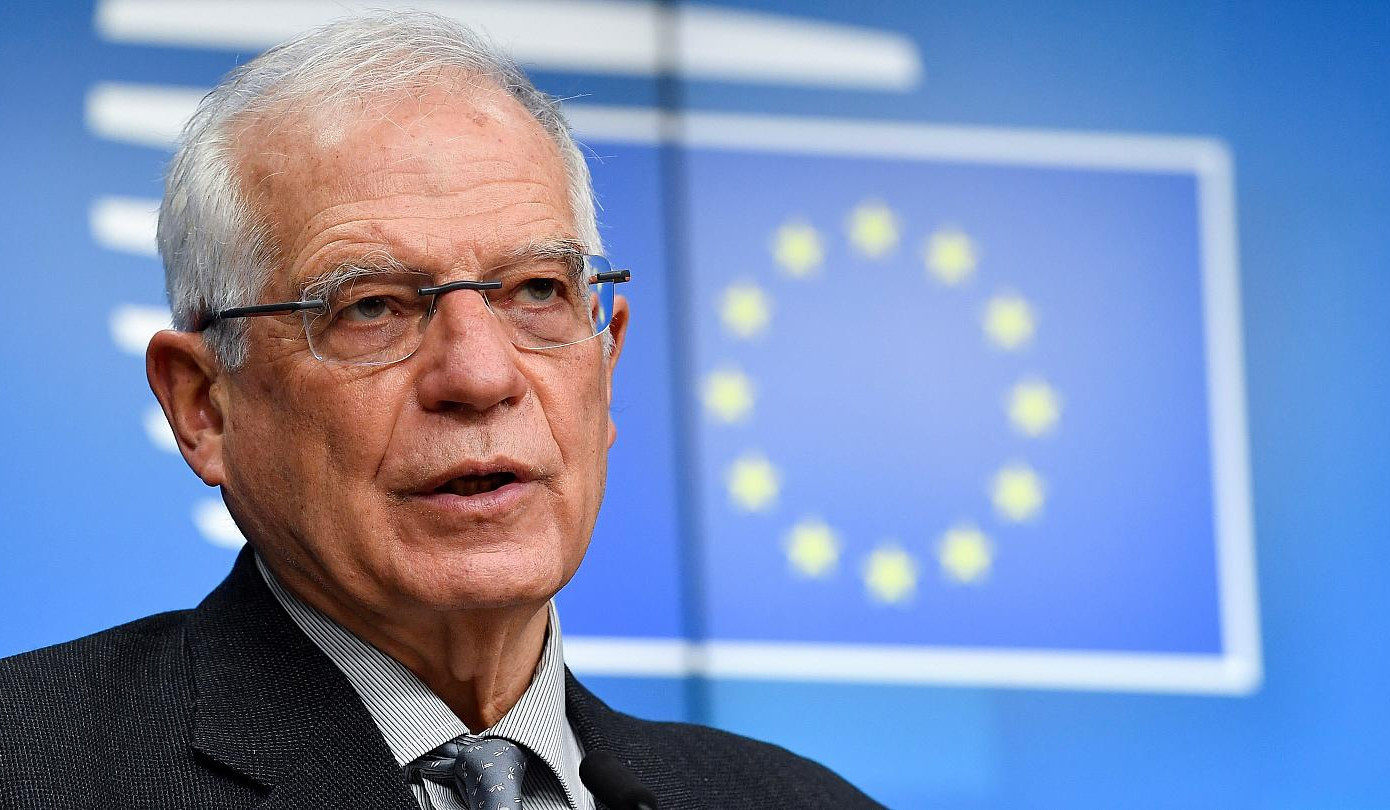 EU failed to agree on 6th package of sanctions: Borrell

EU Foreign Policy Chief Josep Borrell said on Monday that EU foreign ministers failed to agree on the sixth package of sanctions against Russia.
"Unfortunately today it has not been possible to reach an agreement to finalize the 6th sanction package the issue will go to the COREPER and ambassadors will continue discussing. We are with the same difficulties with unanimity on the oil ban," Borrell told a briefing.
In a previous statement today, Borrell indicated that "we will do our best in order to de-block the situation, I cannot ensure that this [sixth package of sanctions] is going to happen because the positions are quite strong."
The diplomat added that Brussels understands "the particular situation of some member states" opposing the Russian oil embargo, but noted that all are making an effort "in order to present a united front against Russia."
A couple of days ago, an EU source told Sputnik that Ursula von der Leyen, the President of the European Commission, has been "unsuccessful" in persuading Hungary to join the EU embargo on Russian oil in their latest sanctions.
Von der Leyen traveled to Budapest to convince Hungarian Prime Minister Viktor Orban to agree on the EU sanctions against Russia.
According to Hungary's Foreign Minister Peter Szijjarto, Von der Leyen could not convince Budapest that it could safely join sanctions without putting the country's energy security at risk. The Foreign Minister stressed that Hungary will insist on exempting pipeline oil imports from the sanctions.
In response to the EU's recent plan to impose an embargo on Russian oil, Russia's President Vladimir Putin had warned that the West has precipitated a worldwide economic catastrophe and a wave of catastrophic inflation by imposing the most punitive sanctions on Russia in recent history in response to the special military operation in Ukraine.
Views 74