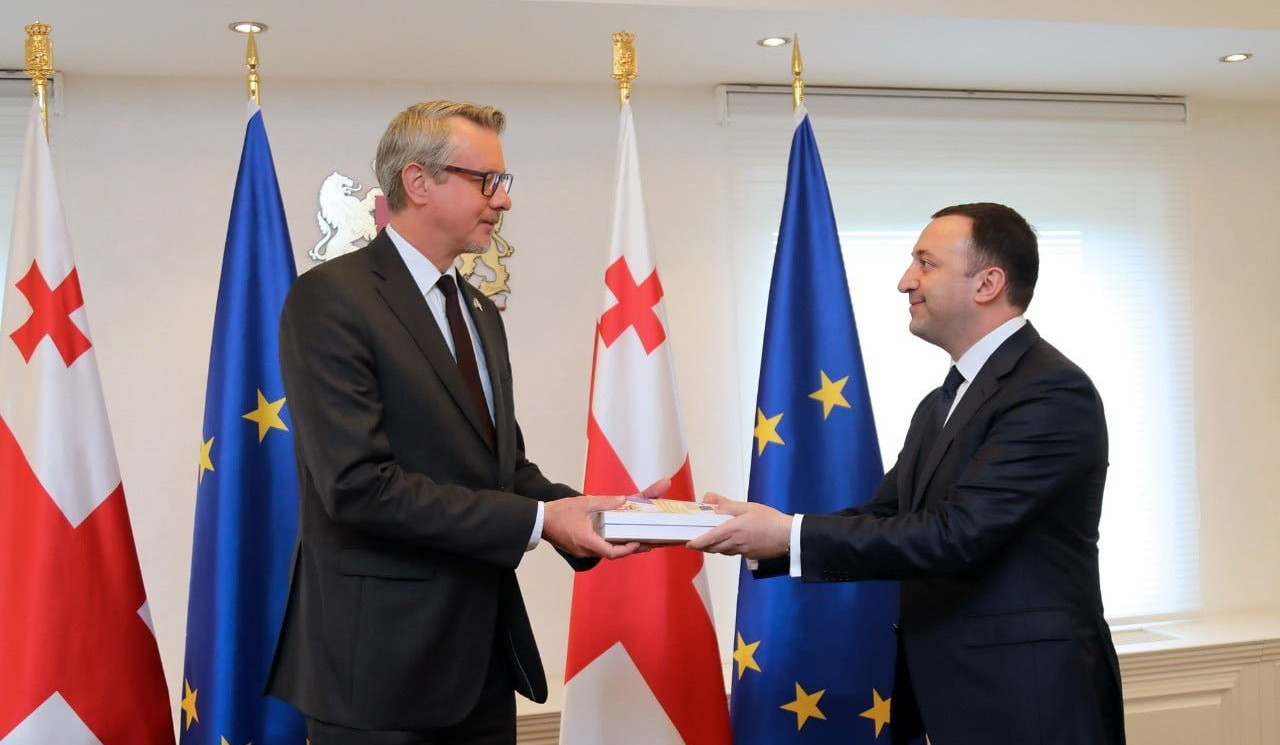 Georgian Prime Minister Irakli Garibashvili handed over the second completed part of Georgia's European Union membership questionnaire, filled out by the country ahead of schedule, to Carl Hartzell, the Head of the EU Delegation to Georgia, on Tuesday, agenda.ge reports.

The Government head told Hartzell his team “looked forward” to the decision of the European Commission and its member states on the questionnaire, as the next phase of the country’s application process.

Hartzell thanked the Georgian PM and noted the questionnaire would “greatly assist” the Commission in its assessment, the Government Administration said.

I am grateful to be here and to receive the results of the hard work of you and many other people, which was done in the second and final process of the questionnaire. It will help the European Commission determine the outcome," Hartzell said.

In his comments, Garibashvili also said the “European choice” of his country had “no alternative”.

The deadline for the delivery of the second part of the questionnaire, which included 33 chapters and up to 2300 questions on specific sectors of the country, had been set by the European Union for May 13.