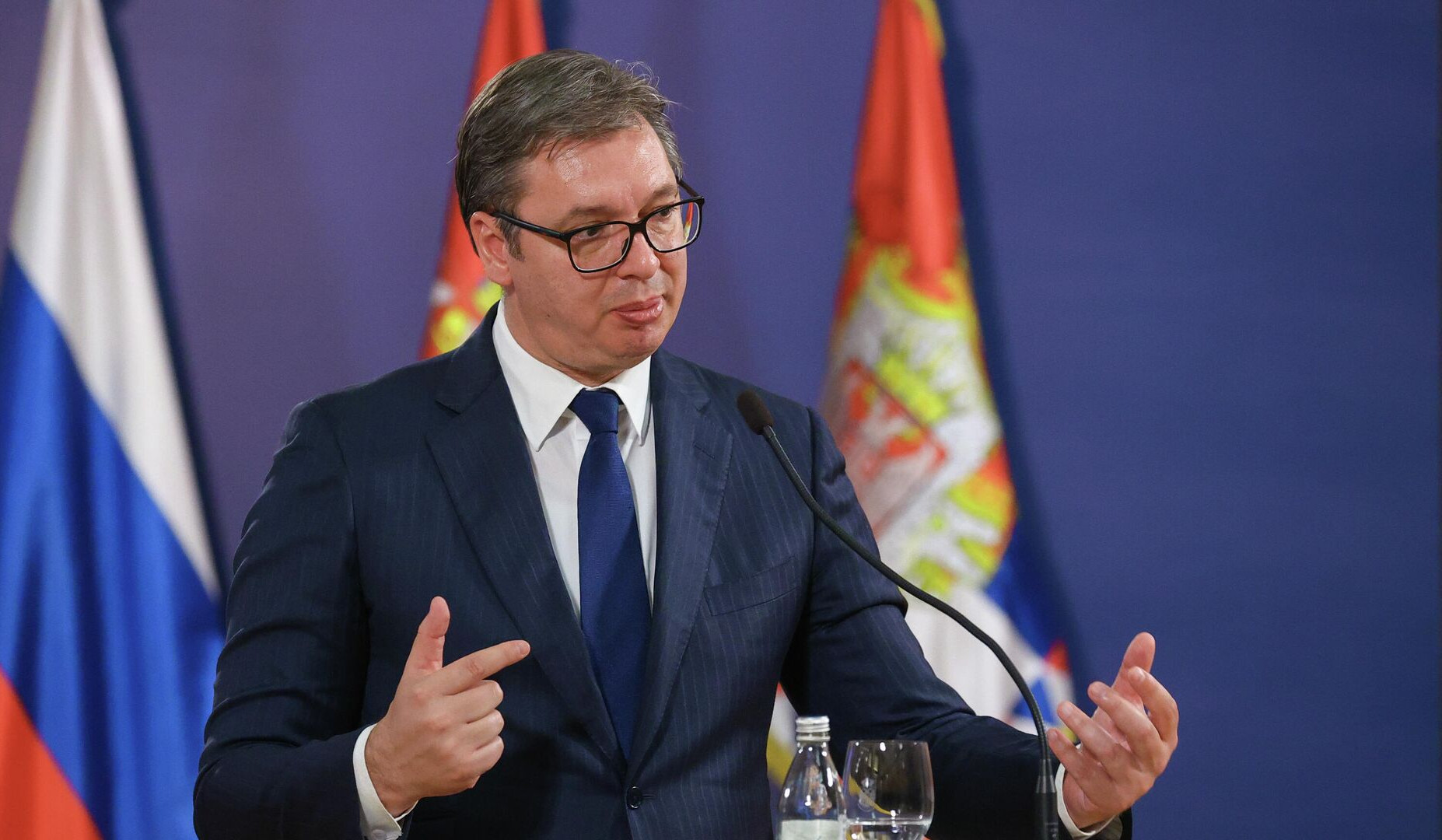 Serbia will not join NATO, might restore conscription: Vucic

Serbia will remain a neutral country militarily, although it is surrounded by NATO member-states, and also might consider the question of restoring compulsory military service, President Aleksandar Vucic said in a special address to the nation on Friday, TASS reports.

"Serbia is a neutral country and it will remain militarily neutral, if there is no majority in favor of a different decision. I will support military neutrality," Vucic said, adding that all of Serbia’s near neighbors were NATO members. "It is our wish to stay out of NATO and we will retain this status,"

At the same time Vucic declared the intention to consider in earnest the restoration of compulsory military service for a period of 90 days. He promised that this initiative would be discussed seriously and take effect, if approved by parliament.

Serbia canceled conscription on January 1, 2011. Speculations over restoring compulsory military service have lasted for the past two years.

Serbia’s foreign policy provides for accession to the European Union on the condition of maintaining friendly relations with Moscow and Beijing and also the development of relations with Washington. Belgrade is determined to retain military neutrality and avoid joining NATO or other military-political alliances, for which it is criticized by the West. Serbia has been repeatedly told that European integration might be possible on two conditions - the recognition of Kosovo and termination of friendly relations with Russia. In recent years, the West often reproached Serbia for active cooperation with China.