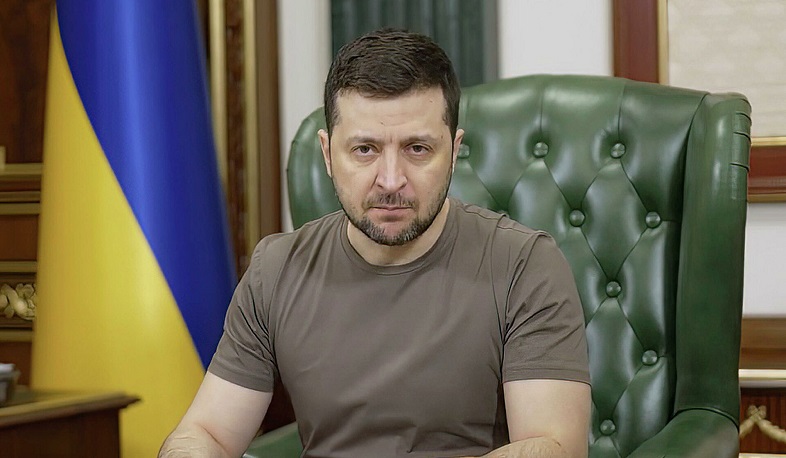 Ukrainian President Volodymyr Zelensky criticised Turkey for taking measures to boost tourist arrivals from Russia, Ahval reports.
Turkey is exhibiting double standards because it has acted as a key mediator to help end Russia's invasion of Ukraine while preparing destinations for Russian tourists, Zelensky said in an interview with Greek state television ERT.
"On the one hand, Turkey acts as a mediator and supports Ukraine with important steps, and on the other hand, we see, for example, preparing several tourist routes at the same time, especially for Russian tourism,” Zelensky said.
“You cannot deal with it that way, it's a double standard. This is not fair. That is why I draw Turkey's attention to such possibilities. I believe that it cannot be so, because a choice must be made --- are you in favour of the truth or not?"
The Turkish government has laid out plans for around $300 million in loans for Turkish tourism companies doing business with Russia and increased flights to and from Moscow and other cities to create more revenue for its tourism industry. Russia traditionally provides the most visitors to the country.
On Monday, Turkish President Recep Tayyip Erdoğan said he would probably speak with Russian President Vladimir Putin to discuss tourism, help resolve bottle necks in grain exports from Ukraine and Russia and to press for evacuations from the besieged Ukrainian city of Mariupol. Erdoğan has sought to play a key international role in helping to secure a ceasefire and peace deal between Russia and Ukraine.
Erdoğan said Putin was “very sensitive” about Turkey’s need for tourism revenue and has pledged to provide backing.
“He (Putin) has already said that he will give all the support he can,” Erdoğan said, the state-run Anadolu news agency reported.
Views 703