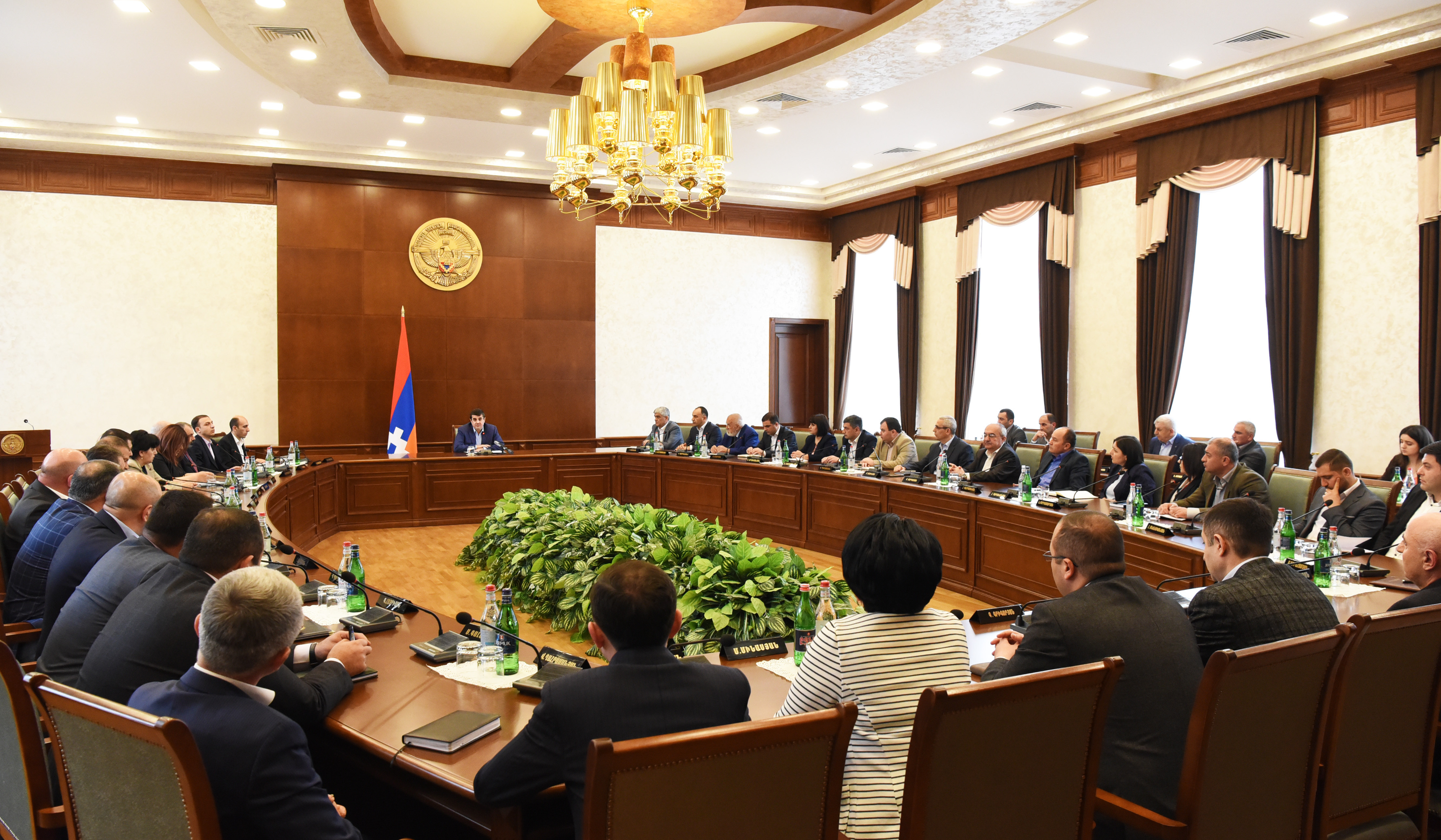 No document on status of Artsakh being discussed at this stage: President of Artsakh convened enlarged sitting of Government

The Head of State presented the military-political situation in the Republic, the latest developments around Artsakh, in particular, in the context of the recent meetings with the participation of the Armenian PM in Moscow and Brussels.

Touching upon the issues related to the cooperation between the two Armenian republics, President Harutyunyan noted that in the post-war period the need for Artsakh to have closer ties with the public administration systems of Armenia and to increase the efficiency of cooperation with the partner agencies of Armenia has increased.

In this context, the President instructed the members of the government to take the initiative, emphasizing that steps will be taken at the state level to further strengthen these ties.