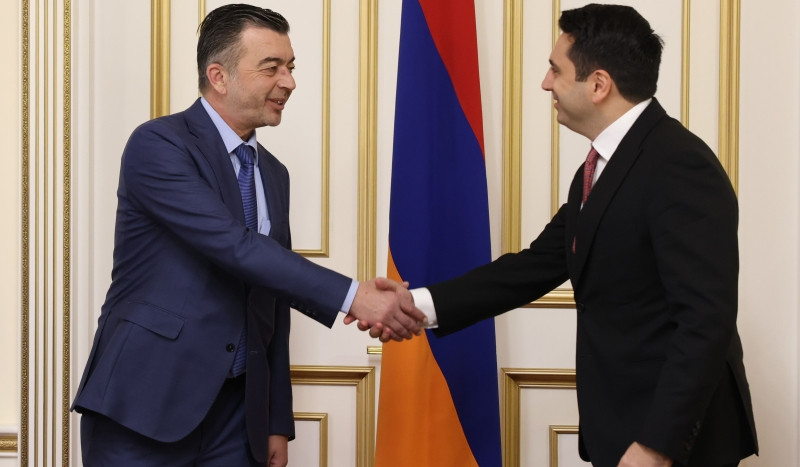 On April 21, the RA NA President Alen Simonyan received the delegation led by Khaldoun Hina, the Head of the Friendship Group Jordan-Armenia of the Hashemite Kingdom of Jordan Senate.

Welcoming the guests, Alen Simonyan highlighted the multipolar cooperation between the two countries and expressed hope that the visit of the guests would contribute to the implementation of further joint programs.

The sides stressed the need for the development of the cooperation between Armenia and Jordan, emphasizing the activities of parliamentary friendship groups.

Touching upon Armenia’s readiness to establish lasting peace in the region, the President of the National Assembly presented details of the situation created after the war unleashed by the Azerbaijani-Turkish tandem against Artsakh.

The Jordanian members of parliament emphasized the necessity for a diplomatic and peaceful settlement of the Karabakh conflict.

The prospects of the cooperation between the parliaments were discussed at the meeting.