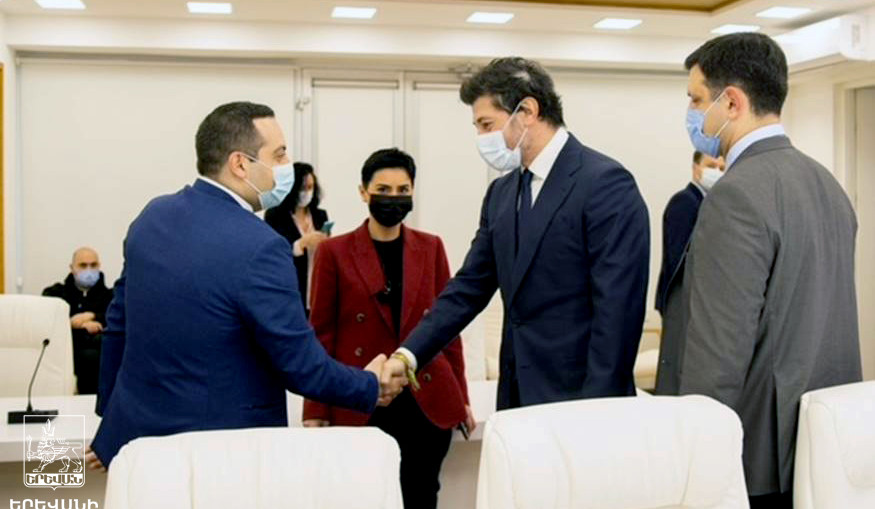 The First Deputy Mayor of Yerevan Levon Hovhannisyan met with the Mayor of Tbilisi Kakha Kaladze during an official visit to the Georgian capital.

Mayor Kaladze said that the visit of the Yerevan officials is another opportunity to outline future steps and discuss new projects. Attaching importance to the warm relations between the two sister cities, Mayor Kaladze proposed to organize Tbilisi Days in Yerevan, and Yerevan Days in Tbilisi.

Thanking for the invitation and warm reception, First Deputy Mayor of Yerevan Levon Hovhannisyan mentioned that Yerevan is attaching great importance to deepening of partnership with Tbilisi in various sectors. Hovhannisyan said that organizing the culture days in the two capitals will convey new quality to both the friendly relations as well as collegial ties.

The sides also discussed the sectors which have the potential for mutually-beneficial and effective partnership for the benefit of the residents of the two capital cities.