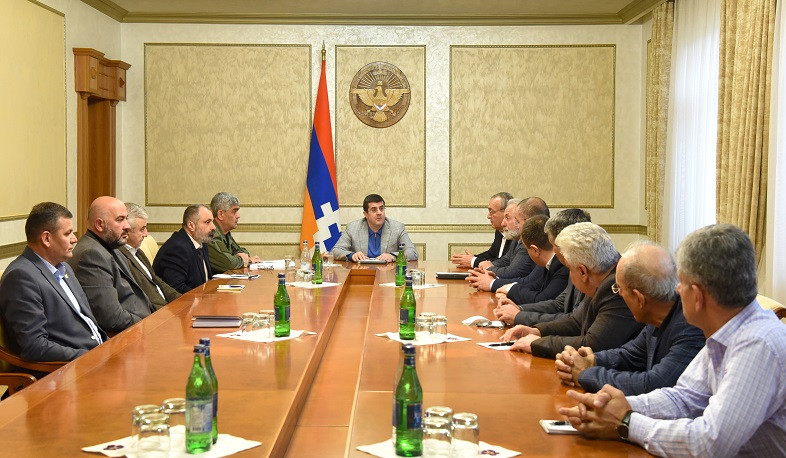 On 13 April, President of the Artsakh Republic (Nagorno-Karabakh) Arayik Harutyunyan convened an urgent working meeting, which was attended by representatives of the parliamentary forces, the Minister of Foreign Affairs and the Secretary of the Security Council.

Harutyunyan noted that the meeting was held at the request of representatives of a number of non-governmental organizations operating in Artsakh, as the statement made by Armenia’s Prime Minister Nikol Pashinyan on April 13 in Armenia’s Parliament on lowering the Artsakh status bar caused serious concerns among the public.

“Our society presents very clear demands, which we must meet by organizing interested and comprehensive discussions," the Artsakh President stressed.

A wide range of issues related to external challenges were discussed during the meeting.